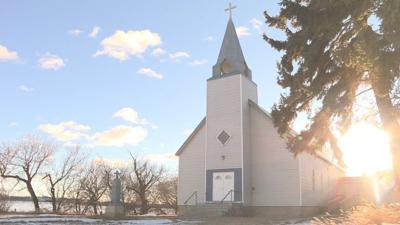 This may be a bit irritating to some who may read this and you MAY wonder what the connections is. Anyways, here goes. I am SO tired of the hypocrisy, lies, nit-picking, malice, judging, animosity and “evil surmising” that seem to fill most of the news media today! There. I said it! In the Passion Translation, Matthew 7:1-5, that says, “Refuse to be a critic full of bias towards others and judgement will not be passed on you. For you’ll be judged by the same standard that you have used to judge others. The measurement you use on them will be used on you. Why would you focus on the flaw in someone else’s life and yet fail to notice the glaring flaws of your own? How could you say to your friend, let me show you where you are wrong, when your’e guilty of even more? Your’e being hypocritical and a hypocrite! First, acknowledge your own blind spots and deal with them and then you’ll be capable of dealing with the blind spot of your friend.” Interesting don’t you think?

Now on to the following. In I Timothy 6:1b there is instruction that’s to be noted. “Never provide ….a reason to discredit God’s name because of (our) their actions.” And along the same line of thinking, we read in the King James version from I Timothy 6:3-5 (these are marks of false teachers) “If any man teach and consent not to wholesome words, even the words of our lord Jesus Christ and to the doctrine which is according to godliness; He is proud, knowing nothing but doting about questions and strife of words, whereof cometh envy, strife, roiling, evil surmising, perverse disputing of men of corrupt minds and destitute of the truth, supposing that gain is godliness: from such withdraw thyself.”

Evil surmisings? Lets think about that one as it relates to how some people think. What was that old saying years ago? “Don’t believe anything you hear or read that some people say and only half of what you see.” Some people delight in surmising, letting their minds imagine that they know how and what is the true story of a situation. Embellishing what they surmise is truth and honestly you couldn’t change their minds with the facts and or the truth. They are closed minded and will even get angry if you try to tell the facts. People, lets give one another grace. “Lets escape from the empty echoes of man and the perversion of twisted reasoning.” The end!