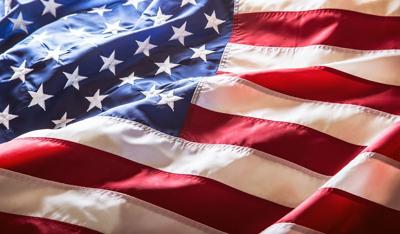 In even-numbered years, the top priority of the General Assembly is always the same: Pass a budget to run state government.

As our state constitution calls for, Governor Andy Beshear started this process off early last week when he made his plan public.  Legislators have the final say on what ultimately becomes law, but I believe he has given us an excellent start.

Just as he promised when taking office two months ago, his budget is very much education-focused.  In fact, he proposes spending $400 million extra in this critical area alone for the next two years.

Before highlighting those and other details, I want to explain what we mean, exactly, when talking about the budget.

If you count every tax dollar that flows through state government – a figure that includes federal sources as well as such restricted funds as college tuition – the total for the 2021 and 2022 fiscal years amounts to about $82 billion.  That’s $7 billion more than Target makes in a single year.

Most of the General Assembly’s focus on the budget centers on two key sections funded by your state tax dollars: the General Fund and the Road Fund.  The former is roughly $12 billion a year, while the latter amounts to about $1.6 billion annually. Together, these two areas largely guide how the remaining federal and restricted funds are spent.

In breaking the General Fund down further, about 42 percent goes to elementary and secondary education; 10 percent is sent to our public colleges and universities; 25 percent represents our contribution to Medicaid and other human services; 12 percent covers criminal justice; and the remainder pays for everything else, from our state parks to environmental protection.

Governor Beshear’s budget has a lot of positives in each of those broad spending areas.  In education, the extra $400 million I mentioned will go to boost per-pupil spending, provide raises to teachers, set aside money for new textbooks, and begin the first phase of upgrades called for in 2019’s school-safety law.

For the first time in years, higher education would get an increase rather than a reduction under this budget.  With Kentucky and four other states being the only ones last year still cutting our public colleges and universities, this new money is something they desperately need.

In health and human services, the governor’s budget fully funds the Medicaid expansion and would hire an additional 350 social workers to ease the too-high caseloads faced by current workers.

In public safety, he proposes raising the training stipend for eligible first responders and increasing the salaries of Kentucky State Police troopers, and he leases space in a former private prison to replace the loss of prison beds in recent years because of aging facilities too expensive to repair.

His budget gives raises to state workers and continues to fully fund our public retirement systems.  It also would provide much-needed relief to our quasi-governmental agencies that simply cannot afford a steep increase in their public-retirement payments or the costs of opting out of the retirement systems as allowed under a law passed last summer. Either approach would all but force these agencies – from regional universities to public health departments – to slash services or, in the worst cases, shut down altogether.

Elsewhere, our coal counties in this budget would benefit by getting most of their severance dollars back rather than splitting them with the state.  This would be the first time that has happened, and it’s so important to many of our communities that have seen their own budgets hit especially hard due to declines in coal production.

When it comes to transportation, Governor Beshear said the bigger projects he’d push in his road plan are speeding up the expansion and extension of the Mountain Parkway and getting a new Ohio River bridge near Henderson under construction.

Overall, his budget is the first in a dozen years not to cut general spending at all.  It does, however, include some new revenue sources that will need separate approval by the General Assembly, including raising the cigarette tax by a dime; taxing e-cigarettes at a higher rate, and authorizing sports wagering, as many other states have done since the U.S. Supreme Court made this possible in 2018.  It is too soon to predict the outcome of these measures.

There are many more details, of course, and a good place to learn about them is by reviewing the supporting budget documents, which can be read here:https://osbd.ky.gov/

As legislators begin to comb through the budget page by page and decide what changes to make, your input is especially important.  To let me know your views, you can reach me by email at Cluster.Howard@lrc.ky.gov, and you can leave a phone message for me or any legislator by calling 1-800-372-7181.  That toll-free line is open each weekday.