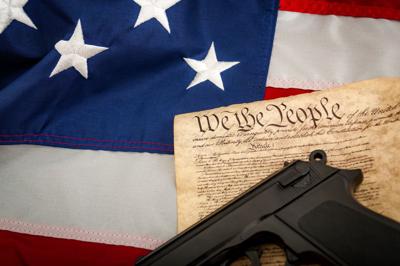 A new Rasmussen poll showing an overwhelming majority of Americans who have added a gun in their home since the Black Lives Matter anti-police protests started six months ago “feel safer” comes as no surprise, the Citizens Committee for the Right to Keep and Bear Arms said today.

“Perhaps the most important revelation in this survey,” said CCRKBA Chairman Alan Gottlieb, “is that 39 percent of Democrats own guns, which means Joe Biden and Kamala Harris are alienating a huge bloc of potential voters with their extremist gun control agenda less than a month before the November election.

“And they’re also not making any friends among the estimated five million-plus new gun owners who purchased a firearm for the first time since these destructive demonstrations began,” he added. “Those Americans bought guns to protect their families and homes while Biden, Harris and other far left Democrats have publicly supported protesters and their demands to defund police departments across the country.”

According to Rasmussen, 54 percent of adults who live in gun-owning households feel safer, and a whopping 90 percent of people who have added a gun in the last four months “feel more safe.”

“Why should this surprise anybody,” Gottlieb wondered. “We’ve been treated to months of images on the nightly news showing cities under siege, businesses being vandalized, looted and even burned. People have been killed, more have been injured including scores of police officers, and all we hear from protesters are demands for cuts to police departments, while radical city councils work overtime to appease the mob.

“Who in their right mind wouldn’t take steps to make their home and family safer,” he questioned. “Yet Biden wants to make it harder for honest citizens to exercise their Second Amendment rights, and Harris is waiting in the wings with her own extremist agenda if Biden—should he win in November—is unable to finish his term.

“The last six months have taught millions of people the importance of having a constitutional right to own a firearm,” Gottlieb observed. “They’ve learned how restrictive and pointless some gun control laws can be. Now they’re being asked by two anti-gun career politicians, and their party, for support so they can enact even more restrictions while they erode public safety and expect the American public to accept this as the ‘new normal.’ No wonder people are buying guns. They’re praying for the best, but preparing for the worst.”