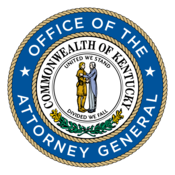 The settlement, reached between Apple, Inc. and more than 30 attorneys general, concludes a multistate investigation into Apple’s unfair and deceptive business practices related to the technology company’s alleged sabotage of iPhone operation speed to address unexpected shutdowns in some iPhones.

“Apple, Inc. violated the Kentucky Consumer Protection Act by deceiving consumers about their products and profiting from that deception,” said Attorney General Cameron. “Our Office of Consumer Protection fights on behalf of Kentuckians to ensure that companies who engage in deceptive or unfair business practices are held accountable. This settlement provides over $1.6 million to the Commonwealth and prevents Apple, Inc. from concealing information related to the performance of its products.”

In their complaint, the attorneys general allege that Apple consumers experienced iPhone battery issues, causing unexpected power-offs or shutdowns in iPhones as early as 2012. Rather than disclosing these problems or addressing the issue by replacing iPhone batteries, Apple concealed this malfunction from consumers.  Apple ultimately released a software update, which reduced iPhone performance or throttled the phone to keep it from unexpectedly shutting down.

In December 2017, some Apple consumers reported publicly that Apple was throttling iPhones and, shortly thereafter, Apple confirmed user’s suspicions. Apple misled consumers into purchasing new iPhones even though a new battery would have resolved the performance issues seen by many iPhone users.

Under the settlement, Apple agreed to pay $113 million to the states. Kentucky will receive $1,696,490.38 from the technology giant for violating Kentucky’s Consumer Protection Act (KRS 367.110).

In addition to this payment, the settlement also requires Apple to: