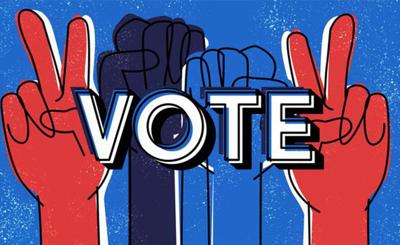 Suspected Election Fraud Should Be Reported to 1-800-328-VOTE

“Fair elections are essential to the strength of our Democracy, and we stand ready to do our part to ensure the integrity of our election process by investigating and prosecuting criminal violations of election law,” said Attorney General Cameron. “Tips from Kentuckians regarding suspected fraud are an important part of this process, and we urge anyone who has information about potential fraud to call the hotline immediately.”

The hotline is active year round and records messages 24 hours a day, seven days a week.  All calls to the hotline are reviewed by the Attorney General’s Office of Special Prosecutions, and complaints containing allegations of election fraud are referred to the Department of Criminal Investigations.

On Election Day, June 23, the hotline is staffed from 6 a.m. to 7 p.m. Eastern Time, and calls are answered live. Each tip is forwarded to prosecutors for detailed review. Allegations of election law violations include, but are not limited to, campaign violations, electioneering, bribery, election fraud, and poll disruption.

The Election Fraud Hotline is one part of concerted effort by Attorney General Cameron and law enforcement partners to ensure the integrity of the election process.  Attorney General Daniel Cameron joined Secretary of State Mike Adams to announce the formation of the Ballot Integrity Task Force to deter and investigate allegations of election fraud. The task force includes the Office of the Attorney General, the Secretary of State’s Office, the State Board of Elections, the U.S. Department of Homeland Security, the Federal Bureau of Investigation, the U.S. Attorneys’ Office for Kentucky’s Eastern and Western Districts, the Kentucky State Police, the U.S. Postal Service, the Kentucky Department of Homeland Security, and the Kentucky Army National Guard.

If you or someone you know suspects election fraud, we urge you to report the incident to the Attorney General’s Election Fraud Hotline by calling 1-800-328-VOTE.