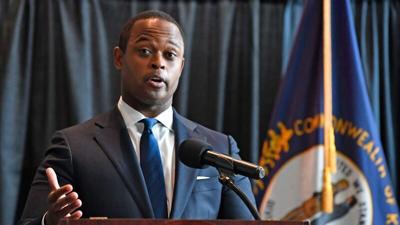 Attorney General Daniel Cameron joined a multi-state coalition in sending regulatory comments to the United States Drug Enforcement Administration (DEA) urging the agency to consider the illicit use of prescription opioids as the agency sets its drug quotas for next year.

The coalition urges the DEA to consider the impact of diverted drugs, which are drugs that are manufactured and sold legally but make it into the hands of users without a legitimate prescription, when establishing the 2021 quotas.  The letter cites a 2017 study showing that “of the 5 million Americans who report having recently abused opioids, 71 percent obtained those drugs through diversion, not prescriptions.”

“From our local communities to our federal agencies, we all have a role to play in combating the drug crisis, and the comments we provided to the DEA ensure that the Commonwealth’s voice is heard as the drug quotas are established for next year,” said Attorney General Cameron.  “Last year, Kentucky saw a 5 percent increase in overdose fatalities, and there is still an incredible amount of work to be done to fight back against the scourge of illicit drugs.”

In past years, the DEA established drug quotas based on the amount of pills pharmaceutical manufacturers expected to sell within a year. This approach did not account for the number of diverted pills.  In the letter, the coalition writes that “when th[e] quota is set correctly, the goal is for the controlled substances that are diverted to illegitimate and unnecessary ends not to be produced in the first place.”

The four-state coalition identified several ways DEA can improve its quota-setting policies and reduce the over manufacturing of prescription opioids, including more consideration of state data when setting quotas, working with individual states to develop information that is useful in calculating quotas, and adopting methods that can forecast demand for prescription drugs.

A copy of the letter can be accessed here.

Arrest made in hit-and-run