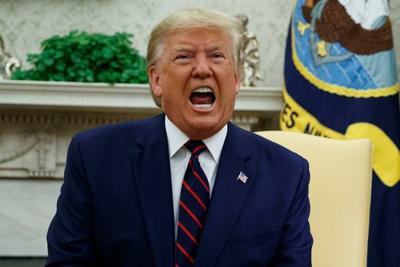 In the immortal words of Gomer Pyle: “Surprise, Surprise, Surprise!” In a cowardly retreat from common sense and all judicial norms, the Republican led Senate Impeachment Committee disallowed the calling of any witnesses and evidentiary documents, leading to what will surely be the inevitable acquittal of Donald J. Trump.

After months of incessantly ranting that the Congressional Hearings were a “Sham”, a “Political Witch Hunt”, the Republicans are now shamelessly acknowledging that yes...Donald Trump is guilty! Did Trump abuse the power of his office? Yes! Did Trump use almost $400 million in Congressionally approved Military Aid as a bargaining chip? Yes! Did Trump try to coerce, bribe, extort Ukrainian President Volodymyr Zelensky into investigating his Democratic Presidential rival Joe Biden and his son Hunter? Yes! Did Trump obstruct the Congress? Yes! Did Trump refuse to turn over even one page of requested documents and ordered all executive branch employees to not testify by illegally ignoring subpoenas? Yes!

Republicans all agree that their boy Donald Trump is a “Bad Boy, Bad Boy, hey, whatcha gonna do”, but the dismantling of our three co-equal branches of Government is a necessary price to pay to retain political power. The “World’s greatest deliberative body” is on life-support and the Republican leadership seem to be Hell-bent on pulling the plug. Imagine this travesty of a Senate trial happening in any 3rd world country, we would label them a Banana Republic presiding over a “Kangaroo Court.”

Republican Senator Marco Rubio feels that just because Trump’s actions meet the standards for impeachment doesn’t mean that he should be impeached. A statement so ridiculous it should qualify for the “Hall of Fame” for “Political Double-speak.” Senator Lamar Alexander, a Republican from Tennessee, agrees that Trump is guilty on all counts and although his actions were “inappropriate and wrong” they are not impeachable. White House Counselor, Alan Dershowitz argued with this bit of legal-ease, the President can do anything he wants to get reelected, including soliciting foreign interference in a U.S. election, if the President believes it’s in the public interest. I guess Richard Nixon was right after all, if the President does it, that means it’s not illegal.

Could our expectations for “Integrity and Ethics” be any lower as we watch Republican Senators mindlessly ignore reality, and disregard their solemn oath, to do impartial justice according to the Constitution and laws, so help me God.