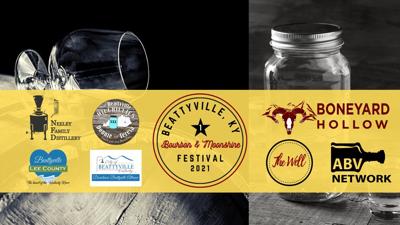 July 10th will be a full day of music entertainment in Beattyville! Bring your lawn chair and listen to foot stomping bluegrass, local singer/songwriter, and end the evening with county rock and traditional country roots music.

10am- Shelby Marie Davis, is a singer/songwriter, that has been singing in Beattyville and surrounding counties for 20 years. She has performed at the Woolly Worm Festival every year since she can remember. Shelby has also performed at many pageants, talent shows, and at Renfro Valley. She also has auditioned for American Idol! Her inspirations include Patsy Cline, Tammy Wynette, Loretta Lynn, Martina McBride, Miranda Lambert, & Adele.

10:30am- Jacob Fultz was the lead singer of the popular Eastern Kentucky band “Monroe Land Way”. Now he continues writings songs and performing around the area. This singer/songwriter has a way with lyrics that paint a picture of Eastern Kentucky and the Appalachian way of life.

11:00am- Located in the hills of East Kentucky and bringing the sounds of Appalachia to life. The Black Powder Express is a traditional bluegrass band that sings and tells stories about a simplistic time in life.

Check out their performance video from the Poppy Mountain Festival and their song “Ole Moonshine”.

1:00pm- A native of Eastern Kentucky,

Lennie Centers was raised on bluegrass music. His father, the late Roy Lee Centers, was the lead singer for Ralph Stanley and the Clinch Mountain Boys for several years. Lennie traveled with his father until his father’s untimely death.

His recently released CD “Living on Hard Times”, has ten original songs that are well worth a listen. Come on out and enjoy an afternoon of live music!

7:00pm- Hank Williams IV is the great grandson of Hank Williams and we are so excited to have him performing at the festival. He has been performing on stage since he was 5 years old singing his family’s greatest hits. He recently recorded his won album and it will be released on June 12th.