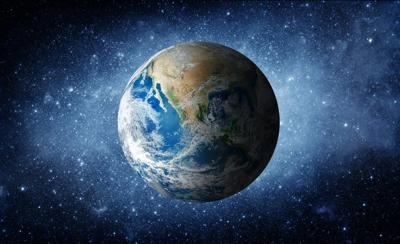 I believe that climate change and global warming are very real threats, and that humans are a contributing factor. Much like the canary in the coal mine, Mother Nature has been sounding the alarm. We can now see the migratory patterns of insects, birds, and fish are changing, not at the slow gradual pace of evolution but at an accelerated rate that does not allow time for the acclimation of plant and wildlife.

Insects are at the very start of the food chain and they must be in sync with blooming fruit trees and other flowering plants. A disruption in this process will be catastrophic to our entire ecosystem. In some parts of the country, fruit trees are blooming three weeks early, in upstate New York, apple trees have bloomed in February only to die off at the first cold snap. Due to the chronic over use of pesticides there has been an alarming decline in the wild bee and honeybee populations around the world. Do we reevaluate man’s harmful affect on the environment, or do we continue to live in denial and only hope that pollinating insects and plants will be able to adapt fast enough to these radical climate changes.

The recent release of the Fourth National Climate Assessment is a comprehensive and peer- reviewed study by more than 300 U.S. climate scientists. The report gives a very frank assessment that leaves little doubt about man’s effect on climate change. But of course, President Trump says he does not believe it and the GOP are against doing anything that threatens the profits of the Fossil Fuel Industry. There’s an old saying that to a hammer everything looks like a nail, well with Donald Trump everything comes down to money. That’s why he says that climate change is only a hoax invented by the Chinese to make U.S. manufacturing non-competitive, causing us to lose millions of jobs and billions of dollars. Trump also said that he has a “natural instinct for science”, making him once again a laughing stock around the world. Personally, I equate Donald Trump sermonizing about science to Jethro Bodine ciphering a math problem.

Earth is the one planet in our entire solar system with an atmosphere that will sustain life. Think of our atmosphere as a protective blanket that allows us to breathe and protects us from the Sun’s radiation. A blanket on a cold winter night helps hold in heat and we stay warm, but what happens if we add more blankets. A second blanket will trap more heat, a third blanket will trap even more, and by the fourth we’ll be kicking off the covers because we became too hot. Well folks, that’s what is happening to our atmosphere, with the ever increasing amounts of harmful emissions known as green house gases that are being released into the air. The levels of Carbon Dioxide (CO2) have been on the rise since the Industrial Revolution caused by the burning of fossil fuels such as oil, gasoline for our vehicles and coal. Remember just like the blankets, the more Carbon Dioxide in the air, the warmer the planet gets.

But my belief goes even deeper than the scientific data, the Bible tells us that God gave man dominion over all the Earth. That means we are the caretakers, for every beast of the earth, every bird in the air and all the fish in the sea. God gave us not only the responsibility, but he also gave us the ability when he commanded Adam to take care of the Earth. What have we done to what God has created? The rivers and the oceans have become dumping grounds and we bury deadly industrial toxins that leach into our ground waters, making them unsafe to drink. By rolling back environmental protections we have altered the very air we breath and created a hole in the Ozone all in the name of big money and even bigger greed. In the beautiful state of Kentucky, we’ve stood by as 300 mountains were decapitated by mountain top removal. Poisoning a million acres and more than 1400 miles of rivers and streams with carcinogens like arsenic and radium known to cause cancer and birth defects. God’s love for man was so great that he not only gave his only begotten son for our sins, but he also gave us this beautiful life giving planet. Stop, listen, what’s that sound...Mother Earth is crying, how much longer can we ignore her tears.