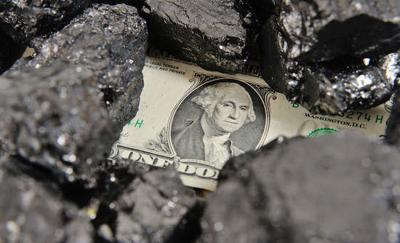 The weather has been unseasonably warm recently and even, dare I say, pleasant.  I actually went outside and spent a day working around the farm.  I also learned my body isn’t as resilient as it used to me.  After a few hours on a shovel and mattock Sunday, I woke to very sore muscles that I forgot I had on Monday.  Some heat, ibuprofen and stretching and I’m at least not crying every time I move.

Let me share a few words of praise for local volunteer firefighters who spent part of their weekend working two house fires and a wreck.  These incredible ladies and gentlemen have become such a reliable source of help in the community’s times of greatest need, and have done it so long and so well, we often forget just how much they sacrifice: and they do it with a smile and humility.  Thank you all for being there whenever the call goes out.

I’d also like to acknowledge the Ambulance Service that was toned out over 200 times in January.  The official run sheet is two hundred runs.  Just a reminder, the number of runs has consistently grown since the Citizens of Lee County Ambulance Service came back under County control.  For three years, a cursory look at numbers says we were only doing 80 runs a month.  The service provided is showing we can do three times the number of runs now. This is a critical service for a community that is consistently growing older.

In 2019, we added 24 people to the Homestead Exemption Tax program.  This means these people turned 65 and now when property taxes are tabulated, about $39,000 is taken off the top before they are taxed.  I am not begrudging this benefit and I intend to take advantage of it myself in less than four years, but this takes almost a million dollars out of our county revenue.  When you consider that about 700 people are on the Homestead Extension program and another approximately 300 are on the Disabilities Extension program; of our approximately 4,000 residential properties, 1,000 have about $39,000 taken off before their property taxes are tabulated, that is $39,000,000 in taxable revenue that is off the table.  Again, I am not begrudging this benefit, just pointing out county revenue streams are decreasing while the need for a critical service like the Ambulance is increasing.  We need to be aggressive in managing our expenditures.

On another revenue note. We have double checked and Lee County has not dug any coal in the county for four years so we are no longer eligible for Coal Severance Money, what we label as Local Government Economic Development Funds (LGEDF)  This means the roughly $120,000 we received in 2019 from the Department of Local Government (DLG) is no longer available to us.  Again, this is not to scare anyone, but to point out, we need to create more revenue streams for Lee County and manage the budget with two pair of glasses on, so we don’t miss any opportunities to cut and minimize negative impact.

Don’t think everything is negative. Just last week I shared that People’s Rural Telephone did receive a 1.25-million-dollar grant to put high speed internet in at Cressmont.  That is great news.

Last week was a huge week for tourism meetings as well. On Wednesday, the first meeting of the Red River Economic Development Board’s (RRED) “Citizens Advisory Board” met at natural Bridge. It was followed by a meeting of a “Resource Board”.   The Advisory Board is made up of 15 people from Wolfe, Lee, Menifee, and Powell Counties who have a vested interest in economic development in and around the Red River Gorge.  The two-hour meeting was often tense and there were some serious differences of opinion on what the whole RRED process was all about.  The people in the meeting were open, frank and honest expressing a broad range of emotions from frustration, fear, and mistrust to hopeful and inspired.   Stantec, the company hired to develop an economic, environmental, cultural, community impact study, guided the meeting and it was the first of many community meetings they will hold, many in local communities for everyone to attend, over the next five months, before they provide their recommendations.  There is no plan yet.  There are no developers yet. There are no investors yet.  The RRED has purchased an option on about 900 acres at the Slade Exit, but that is to prevent the owner from developing it or selling it, until the study is complete. It may or may not be the best place for a resort. A resort may or may not be the best solution.  The study has not been completed.  Just a thought, if the RRED doesn’t purchase the property, the owner can develop or sell it to be developed without any input from the communities around.  Something to consider.

One comment that resonated with me was shared by a local forest ranger during the “Resource Meeting”. He stated whether we develop a regional plan/resort or not, the people will continue to come in greater numbers.  He is right.

On Thursday I attended a meeting of the Legislative Tourism Committee, which our Representative Cluster Howard sits on, and a meeting of the Kentucky Mountain Regional Recreation Authority, (KMRRA), of which Lee County is a board member.  The committee and board heard a presentation from the Director of the Hatfield and McCoy Trail, Jeffrey Lusk.  Here are some numbers. In 1999 the WV legislature gave the H/M Trail 1.5 million to develop the concept, by 2014 the trail was creating 22 million a year in revenue for eight counties of WV.  When the numbers are tabulated in 2020, they anticipation is the trail generates 45 to 50 million a year.  In 2019, 56,000 people rode the H/M trail, 85% were not from WV.  Ridership increased when Virginal Trails were added in 2015.  In the eight counties impacted, 47 local businesses were opened to support the visitors, and since 1999, 50 transient housing businesses have opened near the trail.  Every community that has allowed riders into the community have kept supporting the laws, because of the positive economic impact on their communities. None have banned riders.

I know the focus has been on ATVs, but there are also street legal vehicles like Jeeps that use the trails and as Representative Howard pointed out, the trails need to address multi-use functions so hikers, bikers and horseback riders have access to the scenic wonders of the area.

I will approach the Fiscal Court to ask that we commit $5,000 to the KMRRA program, because we do want to always have a seat at the table. My sense it that the Legislature will find the money to support the KMRRA and allow them to hire a director and staff to move the project forward more quickly.  Congressman Rogers and Senator McConnell helped Boyd County get $4,000,000 to develop their 100 mile trail system using Abandoned Mine Land Grants.  The major movement at the Federal and State level is to develop our region into a tourist attraction. More crowds? Possibly! But what other industry is focused on maintaining and improving the land and not taking away from it?

Coronavirus Outbreak: How to Help Your Kids Cope with Stress