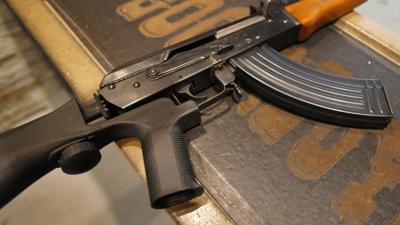 I hope everyone had a great Christmas as we celebrated a balmy one this year.  At least the rain waited until the holiday was over.  Road crews are out today cleaning up after the heavy weekend rains.

The deadline for the column was moved up, so they will be blessedly brief.

There will be a special meeting of the Fiscal Court at 6 p.m. on Friday January 03 on the second floor of the Court House.

The agenda for a special court must be published at least 24 hours prior to the meeting and here is the agenda. We will be doing the second reading of the County Ordinance regarding the sale of Alcohol in Lee County, remember this is different than the Beattyville City Ordinance.  Currently the Ordinance does not allow for the sale of alcohol in any form on Sunday outside Beattyville City Limits.

If there are any amendments to the Alcohol sale ordinance for consideration, they must be submitted in writing prior to 6 p.m. Thursday 02 January, so they can be announced in the agenda notice.

The only other issue to consider is whether the Fiscal Court passes a resolution to declare Lee County a Second Amendment Sanctuary County.  The Second Amendment issue has gotten a lot of attention in the wake of the Virginia Legislature and Governor passing what many consider to be very restrictive gun control measures in Virginia and recent pre-filed bills filed for the Kentucky General Assembly to Consider in the upcoming Legislative Session.

Keep in mind these Bills are pre-filed and haven’t been through committee or been voted on but are proposed bills to consider.  This is very different from the Virginia case where the legislature has already voted. The pre-filed bills are provided for information:

Bill 342: Create new sections of KRS Chapter 237 to specify definitions for "assault weapons," "large-capacity ammunition-feeding devices," and "ammunition sellers"; require background checks for private firearms sales; require reporting to law enforcement of firearm and ammunition thefts and losses; require the safe storage of firearms; amend KRS 395.250 to require an estate's inventory to list each firearm; amend KRS 403.735 to require judges, when issuing an order of protection, to consider whether a person against whom the order is entered should be prohibited from possessing an firearm; amend KRS 504.030 to require judges in criminal cases where a person is found not guilty by reason of insanity to demand the surrender of the defendant's firearms; amend KRS 237.104 to conform; amend KRS 506.080 to specify that the offense of facilitation includes assistance in providing firearms; amend KRS 508.020 to include physical injury to a minor by virtue of the intentional discharge of a firearm within the offense of assault in the second degree; create a new section of KRS Chapter 527 to create the offense of criminal purchase or disposal of a weapon; amend KRS 527.040 to require that the sentence for a felon in possession of a firearm be served subsequent to any other felony sentence; amend KRS 527.070 to include postsecondary education facilities within the existing ban on firearms in schools; amend KRS 532.030 to require the judge pronouncing a defendant guilty but mentally ill to demand the surrender of the person's firearms; create a new section of KRS Chapter 237 to require the State Police to promulgate administrative regulations relating to the licensing of persons to possess handguns and assault weapons, the registration of handguns and assault weapons, and the logging of firearms and ammunition sales effective January 1, 2021; amend KRS 532.025 to conform; amend KRS 237.115 to conform; repeal KRS 65.870; EMERGENCY; some provisions EFFECTIVE January 1, 2021.

These resolutions serve the purpose of creating a bit of political theatre and gives locals an opportunity to express their views to local officials, but to truly get the message to Frankfort, every person must contact your State Representative, Cluster Howard; State Senator, Robert Stivers; and Governor, Andy Beshear.  Here is their Contact Information:

This is two issues that the community has every right to address to their local to  officials and Frankfort.  I look forward to seeing you at the Fiscal Court Meeting and ask that you personally address your concerns to Frankfort in clear temperate language.  We all want a safer Commonwealth, we just don’t agree on how to get there, but can get there if we keep lines of communication open.