You are the owner of this article.
Edit Article Add New Article
Subscribe
Our Publications
Home
News
Sports
Calendar
Opinion
Digital
e-Edition
Classifieds
Advertise with Us! 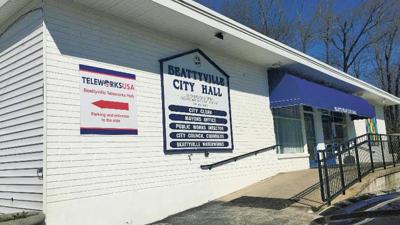 The January Beattyville City Council Meeting began with the traditional prayer by Councilman Sam Cockerham and the Pledge of Allegiance.

The Council got down to business by listening to a report of their financial audit presented by Chris Gooch.

They proceeded on after the report to the discussion of the possibility of amending the ABC Ordinance concerning Sunday alcohol sales within the city limits. Councilwoman Charlotte Hogan was the one that brought up the topic. The Council will place it on the agenda for the February City Council Meeting.

Next, Tracie Spencer gave a report to the Council concerning Teleworks. Teleworks has had 281 new hires since March 2016. There are 9 people working at the hub now, but this does not include those that work from home. Teleworks is, also, holding a workshop at the Beattyville Teleworks Hub on January 21-23 from 9am to 4pm. Seating is limited so a reservation is a must.

Police Chief, Steve Mays then approached the Council and gave his report for December. The Beattyville City Police responded to 135 calls, made 25 arrests, submitted 51 citations, and worked 3 accidents.

Public Works Director, Ferrell Wise, was the last to address the Council and give his report. There had been 93 calls for repair of water and sewer in December. 12 of those were sewer repairs and 81 were water repairs. 9 of the 12 water repairs have been completed and 59 of the 81 water repairs have been completed. The completed list would have been larger if the parts were not on back order.  Also, Saturday night’s storm caused some surging at the water plant and they are working to fix that issue, and none of December’s work orders included a major repair to the water line, etc.

The Council went over the monthly financial report and the January City Council meeting was adjourned.