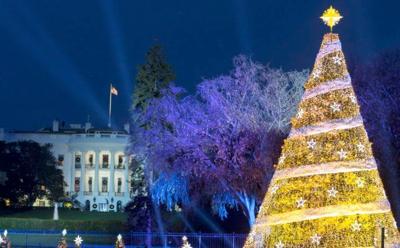 A very deeply divided Nation watched as Donald Trump became the 3rd President in U.S. history to be impeached. The Republicans continue to complain that the Impeachment Inquiry has been nothing more than a partisan political witch hunt. Barry Loudermilk a Republican congressman from Georgia went so far as to claim that Jesus Christ received more due process when he was nailed to the cross than Donald Trump. Completely ignoring the fact that the White House blocked documentary evidence and illegally defied subpoenas that called for the testimony of Mick Mulvaney, Rick Perry, Rudy Giuliani, John Bolton and even Donald Trump himself.

President Andrew Johnson was impeached in 1868 by a vote of 126 Republicans verses 47 Democrats. The vote to impeach President Bill Clinton was 228 Republicans in favor and 206 Democrats against. Are those historic impeachment numbers any less partisan than the votes to impeach Donald Trump. I believe that Rep. Susan Davis summed it up best, “Make no mistake, we are not impeaching this President, he is impeaching himself. If you are the President and you obstruct justice, try to bribe a foreign leader and threaten National Security, you are going to get impeached, end of story”. On Article 1, the Abuse of Power, the vote was 230 in favor and 197 against, Article 2, Obstructing Congress, 229 in favor, 198 against.

On July 3rd, President Trump put a hold on Military Aid to Ukraine. On July 10th, in a White House meeting between National Security Adviser John Bolton and Ukrainian officials, it was revealed that Trump was seeking to use the power of his office to pressure Ukraine to investigate former Vice-President Joe Biden. On July 18th, Trump issued a freeze on all aid to the Ukraine, and on July 25th Trump made the infamous phone call to Ukrainian President Volodymyr Zelensky requesting a favor. On August 12th, the whistle-blower files a formal complaint and on Aug. 28th, Politico publishes a story on Trump withholding $250 million in Military Aid to the Ukaraine in return for investigating Joe Biden. On September 11th, after pressure from Congress, Trump releases the aid to Ukraine and denies all accusations. On October 3rd already facing impeachment, Trump publicly called on China, a foreign power, to investigate an American citizen and his political rival Joe Biden.

Mitch McConnell has repeatedly said that impeachment is a political process and not a legal matter. Yet, in the very next breath he's complaining about “due process” and that “Abuse of Power” is not a crime. Which is it Mitch, you can't have it both ways, so pick a lane. The Impeachment Trial has not even begun and McConnell has already announced a verdict of not guilty, transforming the United State Senate from a co-equal branch of government into a co-conspirator of Donald Trump.

Wishing everyone a very Merry Christmas and a Happy New Year!