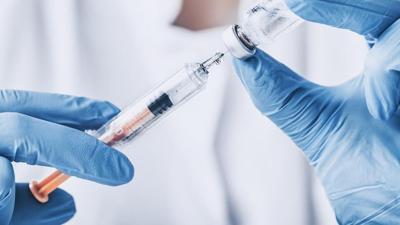 Kentuckians are getting the flu at an increasing rate, and more are dying from it. In the week ended Dec. 14, there were two deaths, bringing the statewide total for the flu season to six, according to the state Department for Public Health.

During that week, 814 new cases of the flu were confirmed by laboratory testing. Five of the deaths were people 18 or older and one was under 18. Twelve of the state’s 17 health regions reported increased flu activity during the week. The federal Centers for Disease Control and Prevention estimates that the flu has killed between 12,000 and 61,000 Americans each year since 2010. It recommends that everyone over 6 months of age get an annual flu vaccination.

Dr. Angela Dearinger, Kentucky’s health commissioner, says is especially important for children and high-risk adults to get vaccinated, since they are at higher risk of complications and negative consequences, including death. She also encouraged anyone with flu to stay home and avoid contact with others.

It’s also important to practice good hygiene, covering your cough and making sure you are washing your hands with soap and water for at least 20 seconds -- or the time it takes to sing “Happy Birthday” twice. The CDC recommends washing hands with soap and water whenever possible, and if not, to use a hand sanitizer with at least 60 percent alcohol. Because flu germs linger on surfaces, it’s also important to wash your hands after coughing, touching a door knob or handrail, or shaking hands. One regional health official has even advised Kentuckians to avoid handshaking during the flu season, calling it “the worst thing you can do.”