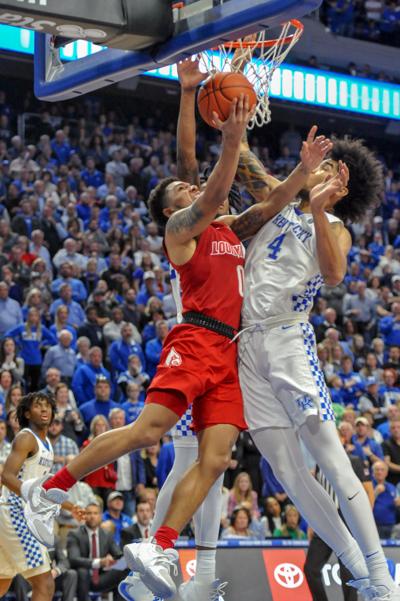 As the New Year dawns, several of the marquee UK sports programs are poised for unbridled success. For University of Kentucky sports fans, an abundance of riches eagerly awaits those wearing blue. It’s time now for BBN to pick the coach you think is most likely to take their team into the promised land this year.

Mark Stoops has the football program on a meteoric rise. Four straight bowl appearances and arguably the best recruiting class ever assembled has the fan base salivating for more. As he heads into his eighth season, talk of playing in the SEC Championship game is permeating the airwaves. Could 2020 be the year the Cats finally make it to Atlanta?

John Calipari’s team (9-3) is talented but raw. Early season injuries and poor outside shooting had them off to that familiar rocky start. Will Coach Cal—in his 11th year—be able to right the ship again? A 78-70 overtime victory over third-ranked Louisville certainly gets them back on track, but will the Cats be able to make their usual run come March? Will this be the team to finally bring home Championship No. 9?

Matthew Mitchell’s current team (11-1) is better than advertised. Not only could Rhyne Howard be the best in the land, but Sabrina Haines and Chasity Patterson aren’t chopped liver either. The 14th-ranked Cats still lack a significant inside presence, but this three-headed monster may just be good enough to compensate. We’ll know a lot more as conference play begins. Is Mitchell’s 13th year at the helm his lucky one? Could this be the team that finally takes him to his first Final Four?

Nick Mingione needs to recapture the magic. Last year was a big disappointment as Kentucky (26-29 Overall, 7-23 SEC) failed to even make the conference tournament. A brand-new stadium with a bevy of new players saw way too many losses. Will the 2017 National and SEC Coach of the Year—entering his fourth season—be able to quiet the grumbling? Will Coach Mingione be able to catapult the Cats back to a SEC Championship?

Craig Skinner—who will be entering his 16th season—has a very impressive resume. He’s the all-time winningest coach in UK Volleyball history. He’s taken his team to 14 straight NCAA Tournaments and is a three-time SEC Coach of the Year (2015, 2017, 2018). Regionals and Super Regionals are now par for the course. The only thing lacking is that next step up. Will 2020 be the year that Coach Skinner finally breaks through with a Final Four appearance?

Coach Rachel Lawson is UK Softball’s all-time winningest coach. Heading into her 13th season, she’s accumulated a lot of hardware—eleven NCAA Tournament appearances, seven Super Regionals, and a College World Series. What more could you possibly ask? How about a repeat? Will this be the year Coach Lawson makes it back to Oklahoma City?

There you have it. Six successful programs with the bar set high. In the upcoming year, who will make it and who will fall short? For the particular goal indicated, here’s my predicted order for likelihood of success: 1) Mitchell 2) Stoops 3) Lawson 4) Skinner 5) Calipari 6) Mingione. What’s yours?

Happy New Year. May your 2020 be joyful and prosperous!

Dr. John Huang is a regular columnist for Nolan Group Media. If you enjoy his writing, you can read more at www.huangswhinings.com or follow him on Twitter @KYHuangs.

Little League is Back on Track!