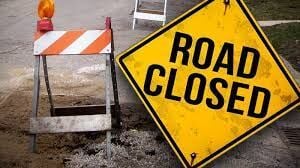 Drivers who use the Kentucky River bridge in Irvine should make plans to use an alternate route after Thanksgiving. Work is tentatively scheduled to begin Monday, Nov. 29, on a project to repair and repaint the Estill County bridge carrying KY 52 and KY 89 over the river and the CSX Transportation railroad line.

While the work is ongoing, the bridge will be closed to all traffic, and a signed detour will be in place using KY 499 (the Joseph Proctor Memorial Bypass) and the river crossing downstream of the project location. This detour will impact travel between Lee and Owsley counties and Richmond, as well as local Estill County traffic.

The bridge was last painted in 1987, before the new bridge was built in 2000. That work resulted in lengthy traffic backups on both sides of the river. The presence of the new bridge and bypass will alleviate those concerns, enabling a full closure of the truss bridge to expedite repairs. The bridge is located on KY 52 between milepoints 7.4 and 7.5 at the south end of Main Street in Irvine. KY 89 traffic is also routed on the span. It was built in 1940 and carries nearly 12,000 vehicles per day.