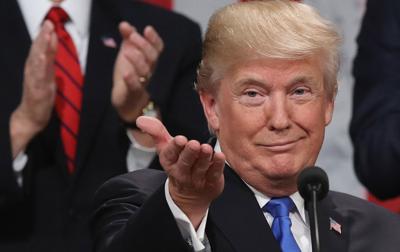 Some are complaining that Trump lies all the time. Well, lets take a closer look at that. Johnson lied about Vietnam and the War on Poverty. Nixon lied about The Water Gate Scandal. Ford lied about Nixon. Carter lied about Iran. Reagan lied about the Iran Contra Affair. Bush lied when he said his “read my lips” statement. Clinton lied about sexual relations both as president and governor. Bush also lied about weapons of mass destruction which was partly true since they were then all moved to Syria. Obama lied about keeping your doctor with ObamaCare and Operation Fast And Furious. The fact is that they all lied if you look back far enough. To judge one and not all is hypocritical. This form of perpetual turmoil, or chaotic governance has became an exercise in dysfunction. If you live in the fantasy land of Harry Potter with the forbidden forest, then you you only look at what you want to see and not what is real.

Onto my next point. Everyone is so tore up over the tariffs but no one mentions all the tariffs from the past. Everyone forget that Harley Davidson went to Reagan and demanded that he put a tariff on all parts from foreign countries. Nobody was mad then. The are the same ones saying it will hurt the U.S. if Trump does it.  Talk about your double standard. I will admit that he was not my first choice but when it came down to it, he was the only choice we had. The fact is, he is liked by a lot of Americans who are not dumb but highly educated people. Like Bill Maher said, “from here no one knows, but it will be a real ride.”

- “One person’s question, another person’ opinion”.