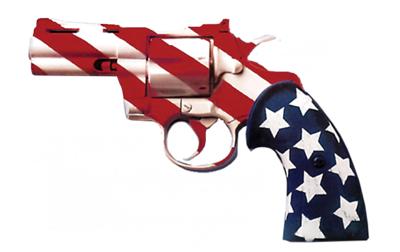 Recognized as a stalwart defender of the Second Amendment on Capitol Hill, Louisiana Congressman Steve Scalise is being recognized as the “Gun Rights Legislator of the Year” by the Citizens Committee for the Right to Keep and Bear Arms.

As House Minority Whip, Congressman Scalise, who has represented Louisiana’s First Congressional District since 2008, has been a powerful voice in defense of the Second Amendment. The victim of an attempted assassination more than three years ago, Scalise didn’t exploit his personal tragedy in an effort to disarm all Americans. Instead, he has remained faithful to the right to keep and bear arms, reminding hecklers at a gathering about a year ago, “These are not rights that Congress gave. These are enshrined in our Constitution — our founding fathers granted the rights of law-abiding citizens to defend themselves.”

“Lawmakers such as Steve Scalise are a rare breed,” said CCRKBA Chairman Alan Gottlieb. “When it comes to defending our right to keep and bear arms, Congressman Scalise is a standout. He has never wavered. He was one of our special guests during this year’s online Gun Rights Policy Conference, and we’re confident he will continue fighting on behalf of America’s gun owners as he heads into another term in January.

“It takes someone with very special qualities to survive an attempt on one’s own life and not turn that into a spectacle,” Gottlieb continued. “We could use a lot more people like Steve in public office, at all levels, from Capitol Hill clear down to town councils and local school boards. Some people try to fake their ‘support’ for the Second Amendment while Rep. Scalise is the real deal. That’s why he is so deserving of this recognition, and why we’re delighted he’s in our corner.”

Born in New Orleans in October 1965, the 55-year-old Scalise graduated from Archbishop Rummel High School in Metairie, and went on to earn a Bachelor of Science degree from Louisiana State University in Baton Rouge. He and his wife, Jennifer have two children.

As House Minority Whip, Congressman Scalise, he stands second in line in the House Republican leadership behind Rep. Kevin McCarthy of California.

Box Turtles Are On the Move!

Reflection: Taken from the Berea Citizen May 7, 1964

FBI: Kentucky man arrested on charges from US Capitol riot