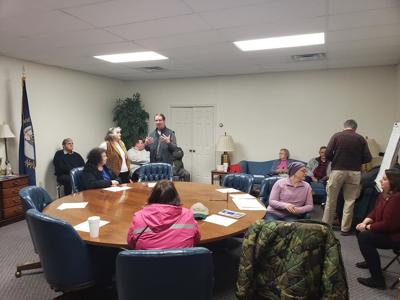 The February City Council started off with Paul Nesbitt of Nesbitt Engineering reporting to the Beattyville City Council about the sewer lines being completed at the prison, and the City has, also, received funds to repair cracked sewer lines throughout the City.

Next, a gentleman approached the Council and asked to make the City of Beattyville a 2nd Amendment Sanctuary City. The Mayor told the gentleman that he will need to contact the League of Cities to see what the protocol is concerning that matter, and he would contact the gentleman.

Police Chief Steve Mays was next to approach the Council to give his January report. The Beattyville Police Dept and Chief Mays reported 143 call, 31 arrests, 4 accidents, and 59 citations. Chief Mays, also, requested from the Council for new computers for the office and cruisers. The City, also, received the grant for the Police Department’s body armor for the police officers.

The Council meeting ended with the Council passing a motion to repair a leak on the roof of the WPA building.

Flu cases creep up for third week in a row

Tourism looks ahead to warmer months

King of America by Douglas Moore