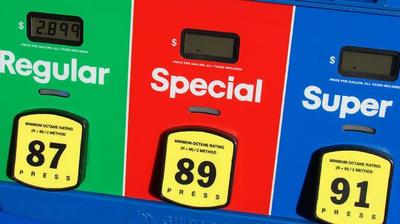 AAA’s 2019 Gas Price Survey finds Americans are changing their perception of what they consider “too expensive” when it comes to filling up at the pump.

The survey found that 50 percent of consumers believe paying $3 per gallon is too high, up 30 cents from last year’s survey results when half of consumers surveyed indicated $2.70 was too expensive. This year’s results underscore a trend of the past three years, going back to 2016 when consumers believed $2.50 was too much to pay at the pump. With gas price sensitivity lowering over the past three years, Americans are feeling numb to the pain at the pump.

“For consumers today, paying more to fill up their gas tank may feel less shocking due to the national average pushing within pennies of $3 per gallon the last two spring seasons,” said Lori Weaver Hawkins, manager, public and government affairs, AAA Blue Grass.  “However, there is good news for consumers this summer—the highest prices of the year could be in the rearview mirror. With most refineries operating at normal levels, demand at robust rates, and lower crude oil prices, summer gas prices are poised to be less than last year–dropping as much as a dime to bring the national average to $2.70.”

Even with consumers becoming more tolerant of higher gas prices, you can still expect 74 percent of Americans to make lifestyle changes to offset increased pump prices. Of those, nearly a quarter (24 percent) say that when gas prices reach $2.75, they change their habits or choices, including:

On the other hand, gas demand could fall, as we’ve seen in recent weeks due to inclement weather from the Rockies to the Midwest and South. Moreover, the added threat of a major hurricane making landfall could also impact demand, which could suppress pump prices.

In its 2019 Atlantic hurricane season outlook, the National Oceanic and Atmospheric Administration’s Climate Prediction Center said that warmer-than-average sea-surface temperatures in the tropical Atlantic Ocean and the Caribbean Sea, ongoing El Nino conditions, and an enhanced West African monsoon could produce nine to 15 named storms, including four to eight hurricanes, with two to four becoming major. An average hurricane season produces 12 named storms, of which six become hurricanes, including three major hurricanes. The mere threat of a hurricane, especially one that threatens the shutdown of Gulf Coast refineries, can dramatically impact the price of crude and gasoline until normal operations resume.

“The price of crude is a driving factor when it comes to retail gasoline prices, accounting for nearly 60 percent of the price motorists see at the pump year-round,” continued Weaver Hawkins. “While crude prices have been cheaper this year, AAA is monitoring a number of circumstances that could cause crude oil market prices to increase. This includes reductions in global and domestic crude supply, exports, and U.S. gasoline demand.”

Historically, crude oil prices and domestic gasoline demand have determined the price Americans pay at the pump in the summer months. This summer will be no different.

The International Energy Agency noted in its May 2019 Oil Markets Report that global crude supply decreased as a result of reduced exports from Canada, Iran, and other major crude exporters. If the Organization of the Petroleum Exporting Countries (OPEC) and its partners, including Russia, decide to extend their current production reduction agreement of 1.2 million barrels per day through the end of 2019, that would further tighten the global crude market.

OPEC extending its agreement will also likely lead to increased crude prices that would increase the price of gasoline around the world. It could also entice U.S. crude producers to export more crude, which could tighten supplies in the U.S. and raise retail prices at home. OPEC and its partners will meet on June 25 and 26 in Vienna, where they are expected to announce if the agreement will remain in effect.

As Americans settle into summer, many outliers could pave the way for unexpected price bumps, so stayed tuned. Motorists can always find the latest national and state gas price averages and trends at GasPrices.AAA.com.

Arrest made in Binanza burglary