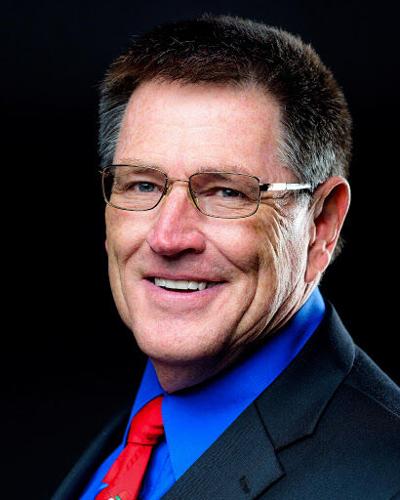 I hope everyone had a great Labor Day. The weather was perfect for celebrating.  In the shadow of Covid-19 and a political season where it appears every side of every argument condemns the “other” side for being ill prepared or over reacting, it sometimes is just difficult to relax and enjoy the weather, friends and family.

Don’t forget Thursday, September 10, at 6 pm, at the Happy Top Picnic Shelter, we are having the regularly scheduled court meeting. It will be streamed with sound if all goes as planned.

Last week we received our new smaller garbage truck. It was a nice feather for a Solid Waste Department that had two smaller truck and a larger truck go down during the week that threw off collections, but the team came together and got the job done, even pulling an old pick up back into the mix that was on the Govdeals.com web site for sale.

We did receive over $100,000 in emergency road money last week and have recaptured some of the money spent on Evelyn Rd. and have been able to begin work on Spencer Ridge Road.  We also received word that our blacktopping contractor might not be able to come into the county to do any blacktopping this year, we are looking at the cost of renting, or possibly purchasing the necessary equipment to do the blacktopping in house with the County Road Crew.  They have the skills and lack only the equipment.

The Ambulance Dept. is running a consistent 35 runs a week, which translates to five runs a day.  We have also asked for our last installment of the $252,044 in Covid money, which is all going to pay EMS salaries, freeing local tax money up for other programs.  With nearly 50% of the Covid Money still waiting to be distributed by the State, we anticipate another round of money before the end of the year.

Long time 911 Director Betty Sebastian has submitted her resignation and we are looking for a new Director.  We have had several apply including three that already work in 911.  We will keep you advised.

Law Enforcement was very busy this weekend after a shooting of a local woman, who is still in the hospital, but the alleged shooter has been arrested and is in jail.

There is a discussion going on regarding the right of County Employees to carry guns in official vehicles.  I am not a big supporter of guns in vehicles, but I am a supporter of the law and Kentucky is an open carry state and the laws are clear that the state is keeping control of making laws about guns under their control, so according to everyone I have spoken with,  the County is very limited in what policy they can make with regards to regulating fire arms.  I am a bit surprised there is a group of magistrates who want to regulate fire arms.  Of all the issues I thought we would be having different opinions about, defending the 2nd Amendment wasn’t one of them.   It should make an interesting discussion in the Fiscal Court meeting.

I will present the new “Ethics Code to the Court for review at the Fiscal Court meeting this week. Our way of assigning people to the Ethics Commission proved impossible to from a group, so a new one had to be drafted.  Stand by for more information as it becomes available.

As Fall races toward us and deer hunting season has begun, it is difficult to remember that just a few short months ago, this novel virus made it’s way onto the scene.  And we have all had to adjust to maintain social distancing, and figure out how to slow the spread, and Lee County has done a pretty good job of it.  We were one of the last counties to get a case and continue to be near the bottom in terms of positive tests and actual cases, with 13.  11 have recovered and we have had no serious cases, unlike many of our neighboring counties.  It didn’t take harsh rules or threats by local agencies to make this happen.  It took a community mindset that we respected each other and looked out for each other.  Whether we believed masks helped or not, we wore them.  We washed our hands more and didn’t get into crowds.  Thank you all be doing the right thing for your neighbors.  Let’s keep up the good work.

We’ve got this Lee County.