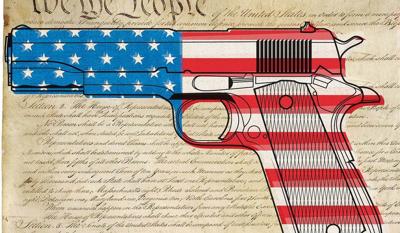 As I type this, it was one year ago today that this administration took office, and just like this time last year, we are worried about a snowstorm.  There are big flakes coming down now, but I am watching the weather radar and it looks like they might move away quickly.  I used to look at snow as fun, then time off from school, then an annoyance, now all I see are flakes that will cost the county money.  Rain does that to me as well.

The big news is that we are now officially a wet county, thanks to the approval of the second reading of the Alcohol Sales Ordinance approved at the Special Fiscal Court Session on Friday, something that has been hotly contested since I first moved back here in 1971.  No one has approached me to file for a license yet, but a few have asked questions about getting one. Remember if a person is applying for a license within the Beattyville City Limits, they will not be going through the county but the city. There are two different ordinances and two different sets of rules.  Beattyville has voted to allow the sale of alcohol on Sundays, while the Lee County has not.

Based on the phone calls and messages I have received, one of the big issues that is upsetting people is that the county voted to not sell on Sundays.  Some have said the Magistrates aren’t representing the people.  Well, let me share this from my perspective, and remember I was an advocate for making both ordinances match as closely as possible and for allowing Sunday sales county wide.  The only calls I received and the only people who showed up at the public meetings were those who did not want Sunday sales.  The vote was the first step to bring sales back in accordance with state laws, but the state gives local government the opportunity to choose when to sell and what to charge for licenses and taxes.  The magistrates represented the people who cared enough to give their input.

The other big issue was the 2nd Amendment Sanctuary County resolution.  Facebook and my inbox have been flooded by people who wanted Lee County to address the concern that legislation prefilled in Frankfort would impact 2nd amendment rights, and the Lee County Fiscal Court unanimously passed a resolution to support our 2nd amendment right to keep and bear arms within the laws established by the Constitution of the United States and the Constitution of Kentucky.  I applaud my fellow elected officials for taking a common stand for our rights.

I would like to clarify, because the question has been asked several times, if our resolution now means the Sheriff won’t arrest felons for carrying weapons? The answer is. NO!  Our resolution does not change Kentucky or Federal Law.  It only states we don’t support greater restrictions on gun rights. I will be in Frankfort today to reiterate my feelings by showing my support at a state rally on gun rights.

To be honest, I am not a big believer in these kinds of public display, but they do serve a purpose to make the General Assembly and less interested people aware or our concerns on issues, so I will do my part, but the real power of the people doesn’t come in front of  television cameras and carrying signs on a front lawn, it comes from people getting out to vote in every election on every issue.  It comes from people looking at legislation as it goes through the fiscal court, general assembly, or congress and letting elected officials know whether you agree or disagree with the direction a community, state, nation is going.  When you contact the elected officials, I recommend a calm approach, using temperate language, and explaining your views like explaining them to a friend you disagree with, but can still respect.  Today we have more ways to contact officials than any time in history. We can call, text, tweet, write and visit them.  We can be more informed than any time in history, because we can access every piece of legislation from the official source online,  in Kentucky it is: legislature.ky.gov. It has never been easier to be informed and involved, and for us older folks, if it seems a bit overwhelming grab your grandchild and have them help. This can be a family bonding moment, and what better way to share and create a common understanding of government and our civic duty to be an active part of governing.

Don’t forget the regularly scheduled Lee County Fiscal Court Meeting is this Thursday, January 09, at six on the second floor of the Courthouse.  If you believe, like I do, that the best opportunity to fix what many perceive as a struggling  government system lies not in changing things in Washington, but by changing things at the local level, then I ask all to join us at our meetings.  I also ask you to consider going to School Board, Library Board, Extension Board, Conservation District Board, Health Board, and City Council meetings. If you believe a small group of people are making your decisions, but don’t participate by addressing your concerns, via phone calls, in writing or at these meetings, then you are right; but is that their fault? The easiest thing to say is “It doesn’t matter, they won’t listen”.  Please join us and let yourself be heard.  Every debate isn’t won, but every debate is a move forward and creates understanding.

I haven’t reminded folks recently, but if you would like the County Judge to visit a group of you to discuss what is going on and answer your questions, give Deputy Judge Pam Barrett a call, 606 464 4100 to set up a time.  I will gladly do it after work or on weekends as well.

The Recreation Center issue is still being researched and as I stated in an earlier column, I have forwarded a list of concerns to the Magistrates, County Attorney, and the Kentucky Mountain Ministry of Eastern Kentucky Board. am working with the County Attorney to get an opinion from the Kentucky Attorney General on my concerns.  This is taking much longer than I anticipated, because this is a very confusing situation, but I hope to have it resolved soon.