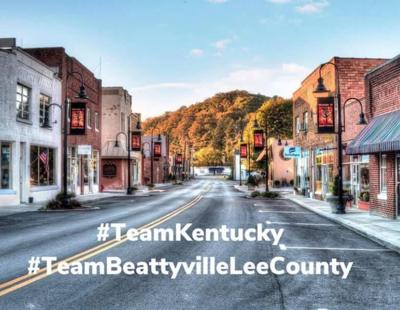 Don’t forget the Fiscal Court Meeting on Zoom and Facebook, (I know we had a facebook glitch last month and it didn’t get posted, but we are on it this time) at 6 p.m. Thursday, January 16.

It should be interesting with tentative agenda items that include the sheriff’s budget, the possible purchase of $10,000 dollars of shotguns, rifles, and ammunition, the agreement with Kentucky Mountain Missions, and Cumberland Mountain Outreach, among other items.  By the time you read this, we will have had a special meeting to discuss the purchase of a pontoon boat for the County to use as a resource for river clean up, rescue and general patrolling.

The need for an on-the-water operational platform has become too much of a necessity over the last year, just for personnel recovery, to not address.  Thank goodness we have several local boaters like Lee County Employees Junior Brandenburg and Jordan Horn who graciously volunteer their boats and services when needed, but for insurance and accountability requirements, and at the request of Lee County Search and Rescue personnel, I asked that we look for a suitable boat.

After several searches they found an 18-foot pontoon boat with a 70 HP motor, from a motivated seller in Tennessee who has lowered the price for a search and rescue team.  If the boat is as described, and we are sending county personnel to check it out, we will be getting it for about $5300.  If it isn’t as described, we will continue searching.

The cost of the boat purchase, if it goes through, will be completely covered by donations to the Lee County Fiscal Court, not from taxes.  We have now entered our third week of Covid-19 vaccines.  First Responders, residents of personnel care homes and staffs, and staffs of agencies that have to manage large confined populations like prisons and jails, along with government officials in executive positions, have been cleared to get the vaccine.

I think the executive position vaccines are primarily to show our support of the vaccine to the community.  Mayor Jackson and I both have taken the first shot.  No one is required to take the vaccine. It is just being offered to those who want it.

The next group to receive the vaccine will be everyone over 70.  If you would like to get into the data base now, go to the Kentucky River District Health Department facebook page and fill out the “Lee County Covid Vaccine Questionnaire”.

We are still in the Red Zone with an incident rate of 32.8, which is far lower than the 400 rate we had a few weeks ago.  Continued personal vigilance is required to protect ourselves and those we hold most dear.

After events on January 06, 2021 in Washington, I feel we all should step back as members of a free society and consider what our responsibilities are when questioning authority as Americans.  I was horrified to see the events unfold.  I was personally, disappointed with the man I voted for twice, who continued to make unfounded claims of “massive fraud” not just fraud, on a scale that would change an election, spur people on to go to the Capital.

Now, maybe it wasn’t his intent to fuel a riot, but the protest got out of control and became a riot, something anyone who has watched events for the last few years would have to have known was the natural progression of events.  I am proud of Senator McConnell, and Congressman Rogers who, knowing the sense of the nation, after decades in office, who supported every legal challenge to the election, but called for calm and responsible actions to ensure a peaceful transition.

We have watched for four years as groups protested, which often turned into riots, saying police, local government, state government, federal government, and the entire judicial system is corrupt and untrustworthy.  The belief has spread to both Left and Right leaning groups as people pick their teams and tear away at the fabric of our nation.

We label, and mark people as members of another political party, by economic condition, by race, by gender, by where we live (urban vs rural), even by profession and level of education.  Our nation has developed a very Us vs Them mindset that filters every fact and discussion through that belief.

Somewhere, as a nation, we have forgotten that we are a community and we have to work through our differences, that we are supposed to be respectful of differences and that tolerance is ingrained into our Constitution and is the inspiration for the changes that came after the Bill of Rights.

We will never solve our division on the national level, but we can solve it at the local level. That will grow to the state level.  That will change the national debate.

This isn’t my quote, but it makes incredible sense for those of us who not only celebrate the individual rights granted to us in our Constitution, but the responsibility we all have to defend them. It goes something like this:

“We have to make better arguments to influence change, not louder ones.”We can be the change Lee County.