Sign Up
Log In
Purchase a Subscription
You are the owner of this article.
Edit Article Add New Article
You have permission to edit this article.
Edit
Subscribe
Our Publications
Home
News
Sports
Calendar
Opinion
Digital
e-Edition
Classifieds
Advertise with Us! 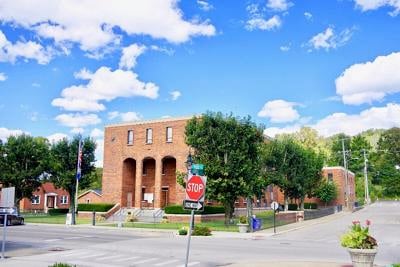 As of the date of the meeting, the ambulance service had so far made 39 billable runs and collected approximately $11K (+) in April. They have also recently requested bids for new heart monitors and also new stretchers which was stated as “greatly needed”. The new equipment is expected to be received mid May. The ambulance service is still currently displaced due to the court house basement’s flood damage and is still being conducted out of the firehouse.

So far, Lee County solid waste has disposed of over 800 tons of flood debris and has scheduled the annual spring clean up for April 23rd- 25th with the landfill being open from 8am-5pm each day.

For open discussion, Magistrate Dean Noe stated that in all years of being a magistrate, he has never received more complaints than he has since the opening of the “Hope Station”/ homeless shelter. “It has flat destroyed my district”, stated Noe. Fellow Magistrate Harvey Pelfrey also stated he has several coworkers at the jail who have discussed with him being unhappy with trespassing and other issues.

Magistrate Noe stated that one person is not able to run the shelter alone and if the state is funding the shelter, then they need to be contacted. Judge exec. Caudill stated that the only funding Carla Mayes receives for the shelter is emergency food supply which also supposedly pays for the utilities. Caudill also stated that KY River Community Care has several counselors at the shelter during the day and that most of the individuals he receives complaints on are not residents of the shelter.

The magistrates stated that if the shelter cannot be closed (due to the property being owned by the shelter) then it needs to be only for Lee County individuals and also needs a gate and fence. Caudill stated that he is supportive of putting zoning in place. He also stated he would call for a meeting with the Beattyville Housing board to address further action and concerns.

For those in need of an application for the monies collected for Lee County flood relief victims, contact Chuck Caudill, Tara Caldwell, or Doug Brandenburg with Citizens Bank.

911 director Jacob Sparks recently resigned, followed by two 911 operators also resigning. It was approved to move Amanda Wilson from EMT to 911 dispatch while keeping her current pay rate at $10.50 an hour.

There is currently a grant that the county is applying for to purchase Beattyville Grade and convert it to apartments or a mix of apartments/retail spaces.