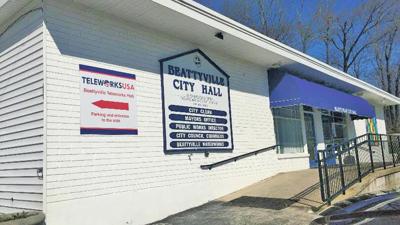 The Beattyville City Council has their eyes on Fall Season, as it is just around the corner, despite there not being a Woolly Worm Festival this year. Within their agenda on Monday night, they discussed cleaning the flower beds and sidewalks for Fall decorating. Linda Smith of the Tourism Council asked the City for a $1000 donation, but the City only approved a $500 donation due to the lack of revenue because of the pandemic. They, also, began thinking about Trick or Treat on Main and have begun throwing around some ideas, but nothing has been finalized yet. That will happen at the October City Council meeting, but emphasized that they would be following strict Covid-19 guidelines that will be put out by the Health Dept.

As always, the meeting began with prayer by Councilman Sam Cockerham and then doing the Pledge of Allegiance, which led to Paul Nesbitt of Nesbitt Engineering addressing the Council first giving them an update on the I & I Sewer project. He said that repairs have been mapped out, but sadly, there are more repairs than money that had already been budgeted for the job. Yet, they would work on trying to see what they could do on acquiring additional grants, funding, etc. to do the repairs. He went on to say that the Phase 2 Lift Station rehab should help with some of that funding down the road.

Mayor Jackson suggested to the Council that they see the video that Nesbitt Engineering made showing the work that is being done on the sewer project.

Next, the Council approved the changing of the name of Rogers Road to Thunder Street.

The Mayor, then, brought before the Council a possible Internet survey to see who still needs the internet in places like Silver Creek, Oak Street, etc. where PRTC or AT&T is not available. Councilwoman Glenna Cummins suggested that instead of spending money on a survey that the Council should ask the school board what info they have on internet access in certain areas since they had to gather that information prior to school starting. The Mayor and Council agreed with that suggestion and they have tabled that topic till the next City Council meeting.

Next on the agenda, after approving the prior month’s Minutes, was Police Chief Steve Mays giving his report for August. He said that the Beattyville Police Dept. received 283 calls, made 21 arrests, gave 65 citations, and worked 5 accidents in August making it a pretty busy month, with CouncilWoman, Lisa Moore, injecting that the police dept. needs updated computers too to help with their jobs. The Mayor suggested that they look into a grant to upgrade computers and repairs to the police station. They are hoping that ABC funding will help with that. He did notate that the City has received just over $5000 from the 1st Quarter of alcohol sales.

Ferrell Wise, Director of Public Works, then addressed the Council and told them that Public Works had received 121 work orders for August, and 110 of them were completed. The Mayor praised Wise and his staff for how well they are working through the repairs to get everything back up and running as quickly as possible.

The Council proceeded to approve the Financial Report and the Mayor let the Council know that the audit has been completed, and they should have the report in the next two or three months, but everything looks good.

The Council ended the September meeting by discussing guidelines that need to be put into place for venders that sell product at the tie yard. They want all sales to be completed by 5pm daily, and no use of city property like trees or signs to be used by the vendors promoting their products. The Council approved the motion.