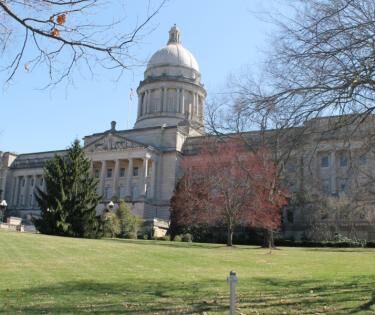 As summer comes to a close, so does another week in Frankfort as several committees met to discuss everything from COVID’s impact on our local communities, to updates on transportation related infrastructure. In addition to committee meetings, we also took time to commemorate Farm Safety Week, Farmer Suicide Awareness Day, and World Alzheimer’s Day. Each of these are important and I am proud to report we have worked on legislation to build awareness of them.

IJC on Transportation: Members discussed highway safety, school safety, and the potential impact the federal infrastructure bill will have on the state. Secretary Jim Gray noted that all potential revenues discussed in the meeting are considered speculative as the Infrastructure Investment and Jobs Act still must pass the House on a federal level. Gray says though this is meant to give the nation a large economic boost, it would not provide a cure for Kentucky’s infrastructure needs. Gray says the state could receive roughly 683 million over the next five years for highway and bridge projects. Gray highlighted other competitive grants that would require Kentucky to come up with at least 20 percent of matching funds to receive money for megaprojects such as a Brent Spence companion bridge and I-69 bridge.

IJC on Local Government: Members met Tuesday of this week to consider the impacts of COVID-19 on local health departments as well as the fiscal damage sustained by utilities. According to testimony, health departments across Kentucky are struggling with the effects of COVID as we round the 18th month of the pandemic. Issues faced through this period of time have ranged from personal protective equipment supply issues, and battling the influent demand for testing due to schools being back in session. To combat these pressing matters, health departments began implementing provisions found in legislation passed during the 2021 Extraordinary Session, such as SB 1, SB 2 and SB 3. The legislature also appropriated more than $69 million to further enhance testing infrastructure as well as acquiring additional monoclonal antibody treatment.

IJC on Veterans and Military Affairs: Committee members met to discuss defense communities within the Commonwealth. Lawmakers heard from The U.S. Army Fort Knox reported that they are home to 9 General Officer commands with a central role in recruiting, training, and supporting the warfighter worldwide. This makes for a promising future for the army as Fort Knox is ready to meet the urgent national defense needs. Fort Knox is considered an “economic beast” with an annual economic output of $2.6 billion. This base has brought in approximately 22,000 military, civilian, and contractor jobs on the installation and 13,000 indirect jobs supported off of the installation. The army is also advocating for active-duty soldiers who must pay sales tax on their vehicles once they move to Kentucky.

Though they believe active-duty soldiers should still pay a registration fee, they would like to see sales tax eventually waived on vehicles bought out of state. The U.S Army Fort Campbell is home to the Army’s most deployed units; 101st Airborne Division (Air Assault), 160th Special Operations Aviation Regiment, and the 5th Special Forces Group (Airborne). Fort Campbell reported they have nearly 28,000 active-duty military, 65 percent of which live off-post. Currently, there are nearly 51,000 family members, 6,500 civilians, and 1,600 contract employees to account for as well.

The Bluegrass Army Depot is Kentucky’s only defense industrial base organic facility. The Depot employs about 1,500 people who destroy the last stockpile of the nation’s chemical weapons of mass destruction. It is reported to not be operating right now because all the hospitals in the community are full.