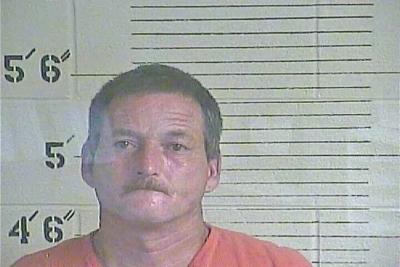 A Beattyville man stands accused of a very serious offense. The matter has been taken before a Lee County Grand Jury and the Grand Jury has returned a true bill on the indictment.

Timmothy W. Shuler, of Beattyville, Kentucky, has been charged with the offense of Manslaughter in the first degree. That offense is defined in KRS §507.030.

KRS §507.030(2) makes Manslaughter in the first degree a Class B felony. Online research, undertaken by newspaper staff, disclosed a Class B felony in Kentucky is punishable by a term of imprisonment not less than 10 nor more than 20-years.

The Times-Voice obtained a copy of the pending indictment. Under File No. 2021-CR-20. It is alleged that on or about October 6, 2019, Mr. Shuler knowingly and unlawfully intended to cause serious physical injury to Mr. Arvel Newton which resulted in Mr. Newton’s death.

According to information the newspaper uncovered, Mr. Newton was a 50-year old man from Hazard, Kentucky who was killed at Mr. Shuler’s house off of KY 52 West in Lee County.

Mr. Newton was pronounced dead at the scene by the Lee County Coroner. An autopsy was performed on Mr. Newton at the State Medical Examiner’s Office.

The Kentucky State Police (KSP) was in charge of the resulting investigation. KSP Officer Ethan Lakes was the sole witness called to testify before the Grand Jury, according to the indictment.

People are reminded one charged with an offense is presumed to be innocent. This presumption remains until such time as he either pleads guilty to the offense, or, upon a plea of not guilty, a jury of his peers can be sworn and impaneled and the matter tried until a verdict is reached.

Proof of the commission of a criminal offense sufficient to support a conviction has to be beyond a reasonable doubt. The accused is entitled, by law, to be presumed innocent of any charges until such time as the matter can be joined for trial and the jury retires to deliberate its verdict. All people accused of crimes are both afforded and entitled to an opportunity to confront the government’s case.

Long is an award-winning Kentucky journalist recognized for excellence in both writing and reporting by the Kentucky Press Association.