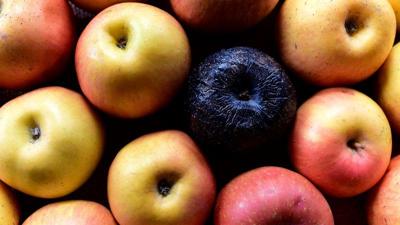 Imagine what a world it would be if every small town and city across America could be more like Mayberry. With a man like Andy Taylor as Sheriff who doesn’t feel the need to carry a gun and a Deputy that is allowed only one bullet. Dealing with crimes like jaywalking, the occasional speeding ticket, illegal u-turns or for some real excitement searching for a dynamite eating goat! With a common sense approach to managing problems, folks looking out for one another, just because that’s what good neighbors do to have a real community.

But we live in a much more complicated world, of different cultures, religions and beliefs. With negative stereotypes, biases, prejudices and racial intolerance creating challenges for a truly inclusive society. The many issues we face as a Nation are not insurmountable, but we can’t be consumed by fear and choosing to ignore the problem does not make it go away. Only by working together, the politicians, the people, the police and the protesters, can we achieve equal justice under the law. The awful legacy of slavery can never be erased, but maybe if we acknowledge the truth, we can inspire the change to view diversity as an asset that makes our country stronger.

Stating for the record “I do not support defunding the Police”, which is a knee-jerk response, an overreaction made from years of futility and frustration. Law enforcement officers must protect and serve our communities and are given great authority to do so but they are also tasked with a tremendous responsibility that sometimes require making split-second decisions with life and death consequences. In today’s world of cell phones and social media, there’s been an increase of public awareness and Police are under much greater scrutiny. All the more reason that now is the time to reevaluate and implement fundamental Police reform.

But, for much too long there’s been a lack of transparency and accountability for Police misconduct, creating an erosion of public trust. How many times have we heard that it’s only a few bad apples, and I believe that to be true, but remember what Benjamin Franklin once said, “The rotten apple spoils his companion”. I appreciate the “The Blue Wall of Silence”, but it has become a detriment to all the good officers that are a symbol of strength and serve their communities with honor, empathy and integrity.

Slavery and the long shadow of hate and racism has been called our Nation’s “Original Sin” the “Great Evil” an “American Tragedy” that we continue to be haunted by today. But by accepting our differences and working together we can write a new chapter of redemption. And usher in a new era of reconciliation and finally live up to the long ago promise that is America. To create “A new Nation, conceived in Liberty and dedicated to the proposition that all men are created equal”...may God bless America...and please stay safe my friends.