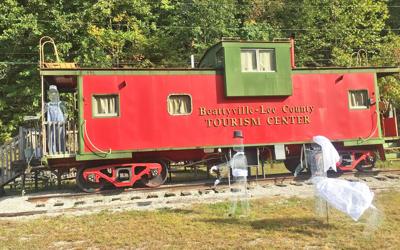 “Well kiss her, son!” Wade’s father, Munroe Porter, slapped him on the back and shook Preacher Coomer’s hand. Family and friends at the Dunnigan-Porter wedding shouted their agreement and laughter rained down as the bride, Ida, and her husband, Wade, kissed briefly and joined hands to walk back down the aisle.“Dear!” Lula hissed with exasperation as she pulled her husband away to follow their son, Wade, his bride, and the others to the Brewer family barn nearby for the celebratory dinner.

The revelry went long into the cloudy night and great fun was had by all. Especially the bride’s four brothers--Red, Udell, Clay, and Oakley. The boys were strapping lads to whom the occasional nip of whiskey was not uncommon, although Mother Dunnigan had warned them of overindulging on such an important night.Most of the Dunnigan boys were behaving themselves, but the oldest, Red, had shepherded Oakley out into the night, admonishing him, “Isie Porter is not going to pay you the least mind, especially not when you’re smelling of spirits! Get yourself home the long way. The walk will do you good!”

Oakley cursed his brother as a trickle of snowflakes fell from the cold October sky, but set off through the Riverview Graveyard toward Proctor bottom. It was only a couple of miles as the crow flies, but it was powerful chilly. As he was weaving his way through the tombstones a beam of moonlight fell on him from a waxing, gibbous moon fighting through the clouds. He glanced up in surprise just as he came upon a freshly dug grave meant for Old “Lighthorse” Harry Lee, named for one of the county’s alleged forefathers. Oakley was even more surprised when he fell into the open grave. Once he had righted himself, and taken a fortifying nip from his flask, he quickly determined that he could not get out and, instead, hunkered down to wait for the next passersby.

Meanwhile, back at the wedding, Ida and Wade were thanking Ida’s parents for letting them get married so quickly and on such a night as Halloween.

“I know it’s known as a night for mischief, but now we’ll have something good to celebrate!,” Ida said as she squeezed her mother’s hand.

Millie Dunnigan, gave her baby girl a small hug. “Your father and I are just so pleased Wade got the job in Hazard. Now do you have everything that you need for your trip?”

“Yes, m’am,” Wade responded. “My sisters helped pack the trunks into the Hoover wagon and we’ll ride down to Grandma Vicie’s house tonight and board the train for Hazard in the morning.”

Udell Dunnigan and Orville Porter came up laughing, arm in arm to the small group. “We’ve got the Hoover all set up for you!” Udell winked at Ida. “They’ll hear you coming from a mile away!” Orville snickered as he pushed open the tack room door. Ida peered apprehensively outside as Wade grinned sheepishly at his new brother-in-law, “Thanks Orville.” The family gathered outside to send the happy couple off with warm wishes in the frosty evening.

Poor Oakley was drunk as a skunk and getting worse. He was now at the angry stage of drinking. He’s thoroughly soused and considering laying down on the cold dark earth when the half moon broke through the cloud cover and hit him square in the face. He glared with solemn contempt up at the eye of the night, shook his fist and hollered, “I see you looking at me!” At this pronouncement, he promptly passed out.

On their way to Grandma Vicie’s house, Ida and Wade stopped near the graveyard for a quick kiss. Unfortunately, in the dark of the evening and quiet of the graveyard, Oakley’s blood-curdling squall spooked the mules pulling the bride and groom’s wagon to the point of bolting down the hill. They were a clattering, clanging, neighing missile headed straight at the oncoming train at the base of hill . In fact, the ill-fated couple’s procession was so noisesome that the ever watchful train engineer, Hobart Goforth, saw them, blew his horn and tried his best to slow and stop the train.

Alas, Ida and Wade Porter never got to make their journey on earth, but now ride each Halloween with their ghostly engineer at the helm of the spectral train. Oakley was fished out of the grave the next day by the grieving brothers of both families. Fortunately, he never knew that his shouted curse is what spurred the devil in the mules’ eyes.