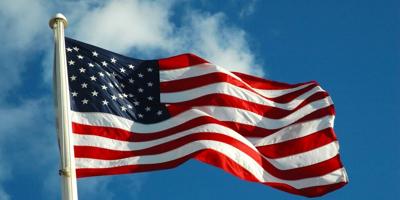 I’m at a loss for words, trying to express how I feel at the moment. But I feel so sorry for the recent and unnecessary loss of the thirteen brave soldiers. This is the result of bumbling Biden’s mental issues and actions. All our armed forces should feel proud of their service to our country and we should have to utmost respect for them doing so. It’s a shame what our so called leaders have done to us all.

Nobody left behind used to be the rule but now, not only have we left people behind, we also left weapons and supplies to be used against us. Who exactly is our government working for? It sure isn’t us! This war isn’t over, it’s only going on under different terms. Biden is actually proud of himself and what he has caused and can only blame the Trump administration for HIS screw ups. Trump isn’t to blame for this mess and we all know that, along with Biden himself. I hope the swamp is prepared for a major revolt in this country.

We the people are fed up with these out of control clowns who are in charge of our lives and destroying us all. Even high ranking individuals are stepping out and speaking against the insanity. We are already over ran with border issues and now more people from Afghan, including ones we know nothing about, were the first ones out in front of Americans who were, and still are, left behind.

Meanwhile we’ve forgotten all about America’s current homeless problems which the swamp never wants to talk about. They cannot continue to avoid these issues….but they’ll try. It’s time for a revolt against this insanity from the working, tax paying, law abiding Americans who have voices left. We still matter. Its time to stop going WOKE crazy and WAKE up!

Remember when Biden had the audacity to tell our troops that the biggest threat to our country was global warming? In reality, Biden is one of, if not THE biggest threat to our country right now along with his side act Harris. When I go to bed I feel like I’m already living in a bad dream, but the shape of our nation is reality. How can anyone laugh at or ignore these issues?

I would spit in Biden’s face if he was to ever be in front of me for the things he has done to this country. I’m not trying to be disrespectful but that’s just how much respect I have left for him at this point since he has none for our troops, us or our country. Every time he gives a  speech, he walks away to avoid any questions, running off stage with his back to America per usual.

Trump did not do that. He answered questions, munis the ridiculous ones from the liberal media, aka “fake news”. He was never in a rush to leave the stage or podium since he was never relying on some note cards to do the talking for him. He looked people in the eye and spoke from his own mind, not what other people told him to say.

Any questions Biden does manage to answer are already planned out and staged. He must feel we are all really stupid, if he thinks he can get by with that. Wake up! We are all being taken for granted.

Please take the time to respect and honor our heroes who serve and protect for us all. Let’s leave Biden behind! Thanks for reading