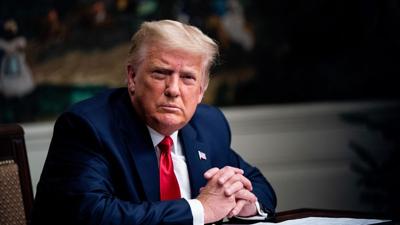 By: Matt Vespa-We have two situations here. The liberal media and Democrats are either going to go berserk—or this will be ignored since 2020 is over and the Georgia runoffs might lead to weeks of chaos afterward. Then again, you can feel a meltdown coming with President Trump’s latest picks to be awarded the Medal of Freedom. Reps. Devin Nunes (R-CA) and Jim Jordan (R-OH) have been tapped for this civilian honor. These two have been at the forefront of debunking the Russian collusion myth and defending the Trump presidency against overwhelming enemies on the Hill and in the media. They were also key figures in hitting back on the bogus claims lobbed by colleagues Adam Schiff and Jerry Nadler when Democrats launched probes against Trump after 2018 in the hopes of impeaching the president.

Nunes was the one who pretty much uncovered what many see as a deep state plot against President Trump, who experienced coordinated leaks to hamstring his administration in its early days (via the Hill):

President Trump plans to give Rep. Devin Nunes (R-Calif.) the Presidential Medal of Freedom, the highest honor in the U.S. for a civilian, The Washington Post and The New York Times reported Sunday. The president is expected to award the California Republican with the Medal of Freedom on Monday, the newspapers reported, citing officials familiar with the plans. Nunes has been a staunch ally and defender of Trump throughout his presidency.

Rep. Jim Jordan (R-Ohio), another supporter of the president in the House, is also supposed to receive the Medal of Freedom next week, according to the newspapers, though those plans are not finalized. Both Nunes and Jordan defended Trump during the Justice Department’s investigation of Russian interference in the 2016 election and during the House’s impeachment inquiry in 2019 – probes that Trump labeled as “witch hunts.”

I mean, being awarded this medal is a big deal and it will probably warrant some media attention who will have to go back and figure out the backstory. That will lead to these two’s fierce defense of the presidency, which will rehash the Russian collusion nonsense to a certain degree in having to rehash that fiasco that engulfed the country for three years. There will be questions if the medal itself has been degraded because…‘orange man…bad.’ It’s been the same track for years with the media. So, if there is a meltdown over this, don’t be shocked. It’s because two congressmen are being rewarded for not believing the mountains of crap the liberal media was shoveling with this Russian collusion delusion.