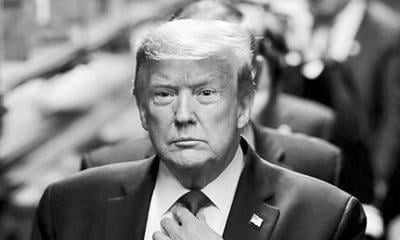 I spent nearly the last four years LOATHING Donald Trump to my core. Little did I know throughout those years just how the mainstream media was falsely depicting a man as someone who represented all things I had no tolerance for. You know the names: racist, homophobic, xenophobic; whatever other phobic you can tie on to a minority group.
I am a masters prepared licensed social worker (and a gay one). I took fierce pride in the liberalism I was taught in graduate school.  I believed liberalism stood for equality for all. I thought it valued acceptance, peace, and love without judgement. Most dear to my heart it meant carrying those less fortunate and fighting for those without a voice. These are still things I value deeply. That did not change in the least. I carry a burning torch for these principles. I do still value political correctness. I don’t understand why anyone would continue to use words/phrases if you’re told they are hurtful to someone. Anyway, I guess that makes me a red snowflake haha. Whatever.
I believed most conservatives were bigoted, judgmental, narrow-minded, and uneducated. I believed they wanted to take away the rights of others and force their beliefs on anyone they came in contact with... and I sure hated them.
In 2016, I weeded out my entire friends list of any red hats accept for my friends in AA. Surely, anyone that voted for Trump, I could not possibly have anything in common with I thought, as I further justified my defriending spree. Besides the constant political banter was annoying and stressful. The morning I woke up to see the election results, I dressed in all black to symbolize the mourning of what certainly would be the death of our country as we knew it. (Sure wish I didn’t choose to delete everyone now

)
Flash forward to 2020.
I welcomed a beautiful baby girl to our family in January (Shout out Gracie). A rainbow after a very traumatic infant loss two years earlier. (Shout out to my Greyson). Vaccination became a hot topic between myself and my mother leading me to a lot of digging, which resulted in a ton of skepticism and doubt in our government entities. I remember being left with a very heavy feeling of “if they could lie about this what else are they lying about”.
Enter Covid: The short version:
I watched Trump’s task force briefings without fail. Never missed a single one. It was important, so, even though at that point my perception of him had not changed yet, I dug in and watched, bc well duh we were in a global pandemic.
Enter: MSM
What became clear time and time again (as I was still a pretty faithful viewer of MSM) was how his words were twisted so badly and so frequently. I caught myself saying time and time again “Woah wait that is NOT what he said!”  More questions and digging abound. Man, I sure never thought I would ever find myself defending Donald J Trump. Why did they hate him so much anyway?
Enter: Protests
This is when there was no turning back for me. I watched as law abiding citizens were being criminalized for protesting shut downs in the name of public health. What happened to our Constitution?  I stood in awe watching the riots  as the media forgot covid existed for weeks only to blame a spike on Memorial Day cookouts (ummm okay). I watched as tens of thousands, if not more gathered in protests/riots as small businesses remained closed or shut their doors forever. Why are violent criminals going free? Why are people protecting their property as per the second amendment being persecuted. (I was all for gun reform. NOW I see quite clearly why we need them and am in the process of purchasing my own).
I have been lied to. We have been lied to. Walking away feels like a second closet I never thought Id have to step out of. I worry close friends will become distant, but its time to get to the truth. Theres too much at stake.
Trump 2020
We need your support