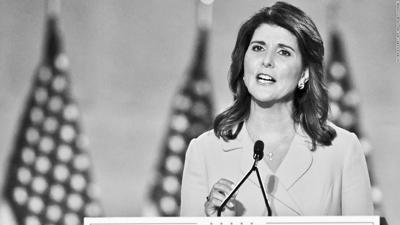 The Reformers:  Among top GOP figures, the dance away from Trump is well under way, often with a pre-Trump vision.

Take former U.N. Ambassador Nikki Haley and former Governor of South Caroline (Pictured), who told party leaders at the Republican National Committee winter meeting on Thursday that Trump’s post-election actions will be “judged harshly by history,” but the party shouldn’t shy away from celebrating Trump wins like installing three conservative Supreme Court justices and brokering a warming between Israel and the Arab world.

According to excerpts of the closed-door speech obtained by OZY, she urged the party not to “abandon” its long-held principles at a low moment. RNC committee members largely dismissed the notion that Trump had any role in the violence and his handpicked leader, Ronna McDaniel, was unanimously reelected.