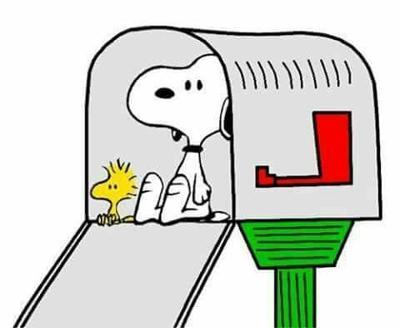 Will wonders never cease? It’s been said that politics can make for strange bedfellows, but could anyone have predicted that President Donald Trump and the Democratic leadership would be in complete agreement, about anything. So, finally issuing a $2 thousand dollar Covid stimulus relief check, at a time when American families are in such desperate need of help, should be a done deal, a mere formality, a bipartisan slam dunk...but no.

WHY? Because of one man, the Republican Senate Majority Leader, Kentucky’s very own, Mitch McConnell.

Yes, that Mitch McConnell, the longest serving Senator in Kentucky history and just bestowed the honor of being reelected for a 7th term.

So how does Mr. McConnell, a man with a $35 million net-worth and listed in the top ten of our Nation’s richest Senators, say thank you to the good people of Kentucky? Sorry folks, but according to our good ole buddy Mitch, a $2,000 stimulus check is socialism for the rich, basically a bunch of free money handed out to the rich friends of Democrats. Maybe Tea Party favorite Senator Rand Paul will go to bat for the citizens of Kentucky, but don’t count on it. He believes that it’s really a foolish, eggheaded, left-wing socialist idea to pass out free money to people, in fact most Americans don’t even need the check.

With a combined total of 47 years representing the people of Kentucky, the un-dynamic duo of McConnell & Paul have kept the Bluegrass State at the very bottom of the economic barrel. In education and fiscal stability, Kentucky ranks 45th, health care 44th, in fact 5 of the poorest counties in the U.S. are in Eastern Kentucky. Due to the devastating effects of the Covid-19 pandemic, temporary layoffs have turned into permanent job losses, leaving more than a quarter million Kentuckians without health coverage. Federal data shows that Kentucky leads the Nation in hunger and food insecurities for seniors and 1/3 of all households are having difficulties meeting their mortgage or making their rent payment. Yet even as an ever growing number of Kentucky families struggle for their very economic survival, McConnell & Paul, both multi-millionaires, are determined to block any additional increase of stimulus relief funds.

Mitch McConnell shrugged it off when Donald Trump bragged about groping and assaulting women, calling it nothing more than locker-room talk. While Trump made disparaging remarks about a Gold Star family and openly mocked a reporter with disabilities, McConnell responded with “Fake News”. As a love-struck Donald Trump heaped praise on North Korea’s brutal Dictator Kim Jung Un as an honorable man, a great leader and someone he admired and trusted, at the same time calling American prisoner of war hero Senator John McCain a loser, McConnell called it hyperbole.

At the Helsinki Summit, Trump contradicted U.S. Intelligence Agencies and sided with Vladimir Putin, over claims that Russia interfered in the 2016 Presidential Elections. Even with Trump’s disgraceful treasonous act of betrayal and cowardice, Mitch stood by his man.

But in this dark hour, when it comes to throwing a lifeline to help save American families from going under, Mitch McConnell, much like a Pharaoh of ancient Egypt, hardens his heart, draws a line in the sand and says “NO”.  Well, there you have it folks, I guess elections really do have consequences...please stay safe my friends.