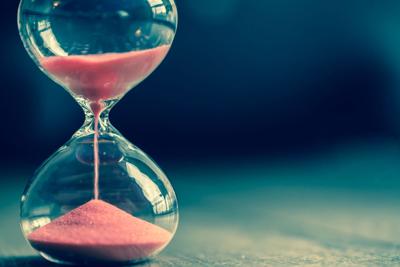 Donald Trump just cannot bring himself to accept the fact that even though he is President of the United States, he is still a public servant. He may be at the top of the political food-chain, but just like every small town mayor or city councilman he remains accountable and answerable to the American people. But a lifetime of behaving like a spoiled, unsupervised child and by never being questioned or accepting responsibility for his many unscrupulous business dealings, bankruptcies, cheating contractors and numerous lawsuits, has left Donald Trump believing his own personal myth of greatness above reproach and censure.

Trump said that he would run the country like one of his businesses where he calls all the shots and nobody disobeys orders. Bullying, demeaning and attacking may be acceptable behavior for a New York Realtor, but as President of the United States, Trump’s boiling temperament, lack of a moral conscience and refusal to accept the advice and guidance of infectious disease experts has only created chaos and disfunction. Thereby, leaving our nation vulnerable and woefully unprepared for the horrendous devastation of Covid-19.

Testifying before the Senate, Dr. Anthony Fauci warned that we need much more testing and now is not the time to reopen our schools. Of course based on nothing more than hunches and gut instincts, Donald Trump disagrees, stating that schools across the nation need to reopen as soon as possible. Trump went on to say that testing is over rated and if we didn’t do any testing, we would have very few cases of the coronavirus. Wow, this is our Commander-in-Chief talking folks, I guess by that same logic if we did away with pregnancy tests we’d have less pregnancies. By Donald Trump’s own idiotic tweets and actions he keeps providing ample evidence that he is eminently unqualified to be President.

While the U.S. lacks a vaccine or even a treatment for Covid-19, with more than 1.5 million confirmed cases, 90,000 deaths and those shockingly tragic numbers increasing daily, President Donald Trump declares...VICTORY! Trump says we have met the moment and we have prevailed and we will transition into greatness. Although we can all agree on the financial ramifications and the importance of reopening businesses for our nations economy, it would be a deadly mistake to just throw caution to the wind. Public Health should not be guided by partisan politics, we must heed the warning of medical scientists from around the world to proceed with caution.

In Genesis, after the Great Flood, Noah didn’t immediately open the doors and allow everyone to leave the Ark just because it had stopped raining. He first sent out a Raven and waited, he then sent out a Dove and waited, but finding nowhere to perch the Dove returned to the Ark. Again Noah waited and after seven more days he sent the Dove out again this time to return with an Olive branch. One can only imagine the excitement of the passengers to finally be free and the disbelief they must have felt to discover that Noah yet again refused to open the door, and waited. One last time Noah released the Dove and waited, when the Dove did not return, Noah knew the wait was over and opened the doors. By acting in haste we may feel momentarily satisfied but it could lead to our own detriment, patience remains a virtue. Please stay safe my friends.