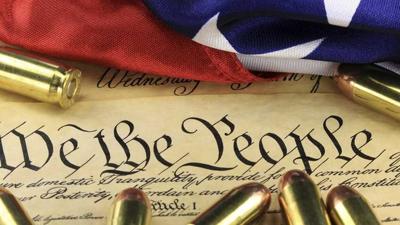 Named as defendants are the City of New York and Police Commissioner Dermot Shea.

“As we explain in our complaint, states and localities have some ability to regulate the keeping and bearing of arms,” noted SAF founder and Executive Vice President Alan M. Gottlieb. “However, the Second Amendment prevents states and localities from flatly prohibiting law-abiding citizens from keeping bearable arms, and particularly arms that are in common use for the purpose of self-defense.”

As noted in the 10-page federal complaint, all four of the individual citizens participating in this legal action reside in neighborhoods within the City of New York.

“New York City has traditionally labored to keep its honest citizens defenseless,” Gottlieb observed, “with its extremist gun control laws and by enforcing a prohibition on non-lethal defensive weapons as well. What are people to do when they are prevented by the government from having the tools necessary to fight back against violent attackers?

“After all,” he added, “it is bad enough for citizens to face having to fight criminals, but it is worse when they have to fight their own government just to exercise their right of self-defense. Good people should not fear being prosecuted for simply having a defensive tool for personal protection. But the law does not allow it, and this must be challenged.”

The Second Amendment Foundation (www.saf.org) is the nation’s oldest and largest tax-exempt education, research, publishing and legal action group focusing on the Constitutional right and heritage to privately own and possess firearms.  Founded in 1974, The Foundation has grown to more than 700,000 members and supporters and conducts many programs designed to better inform the public about the consequences of gun control.