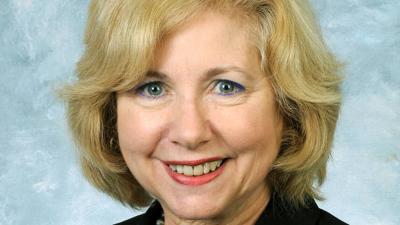 “The Louisville Metro Police Department’s response to last year’s Breonna Taylor protests made it abundantly clear that the law must change,” Rep. Willner said.  “Peaceful protestors were needlessly tear-gassed and shot at with rubber bullets; the media and other observers were harassed for recording officers’ actions in public; and many protestors were charged with crimes they simply did not commit, as we saw in the case of my colleague, Representative Scott, her daughter and many others.  These bills are designed to prevent these types of actions from happening again.”

“We expect our police officers to enforce the law, not use it as another weapon against those they are sworn to serve and protect,” Rep. Scott said.  “I am proud to partner with Representative Willner as the prime co-sponsor of these bills and look forward to seeing them enacted with my own Breonna’s Law, which would ban no-knock search warrants and make law enforcement more accountable when serving warrants or when officers are involved in a deadly incident.”

Three others joined the Louisville lawmakers in speaking at today’s press conference: Matthew Kauffman, the 2019 Kentucky High School Teacher of the Year who took part and was arrested in last year’s protests; Keturah Herron, a policy strategist with ACLU of Kentucky; and attorney Ted Shouse.

The event was held at the Carl Braden Memorial Center in Louisville in coordination with the Kentucky Alliance Against Racist and Political Repression.

Representative Willner's three bills will be filed in the Kentucky House of Representatives tomorrow, Jan. 11th, and be considered during this year’s ongoing legislative session.

The first has four main provisions:

2.)         Require de-escalation and crisis-intervention training for law enforcement that is equal to the number of hours for deadly force training.

3.)         Clarify that use of rubber bullets, tear-gas and long-range acoustic devices are only justifiable when a law enforcement officer “believes that such force is necessary to protect another person from imminent serious physical injury or death.”

4.)         Outlaw the use of kettling, which occurs when law enforcement corrals a crowd it wants to control into a closed-off space and refuses to let it disperse.

The second bill makes clear that it is not unlawful for a person to record or photograph a peace officer in the public performance of his or her duties.  The officer would not be authorized to stop the recording or to arrest the person making the recording if that is the only action taking place.

The third bill adds much more clarity to Kentucky’s riot and unlawful assembly statutes.  Riot in the first degree, for example, would become more specific by stating it is five or more people who knowingly engage in violent or unlawful behavior causing a public disturbance that creates a substantial imminent risk of property damage or physical injury.

Rep. Willner said this bill is being introduced in response to last year’s arrest of Rep. Scott, Rep. Scott’s daughter Ashanti, racial-justice activist Shameka Parrish-Wright and others on a felony rioting charge and a misdemeanor charge.

“That was nothing more than retribution against Representative Scott and others, and the law should never be misused this way,” Representative Willner said.  “While charges were later dropped, this was completely uncalled for.  I want to make sure nothing like this happens again.”