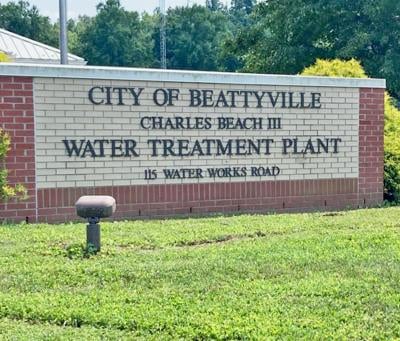 After several weeks of social media posts about the conditions of the drinking water in Lee County, and the continual boil water advisories, it just could not be ignored anymore.

Over the last several months, especially after the flood that happened in the Spring, more Lee County residents were complaining of their water conditions. They showed pictures of brown water in glasses, mop buckets filled with dark water, and even in their washing machines before the clothes were even washed. It was becoming a huge problem for many people, including unverified reports of illness due to poor water conditions.

However, a very reliable source says this has been ongoing for years. Employees have asked for much needed supplies and repairs to water lines, etc., but according to them, previous city administrations turned a deaf ear. One source said that when he approached a previous Mayor about the water conditions of Lee County and Beattyville, that Mayor said, “let’s kick that can down the road to the next administration,” with nothing ever being resolved, just continued water quality issues that bring us to the present day.

As the numerous social media posts continued, someone tagged State Representative Bill Wesley, and that made a BIG splash!

When I asked what he wanted the people to know about his thoughts on the matter, this is his statement as follows: “It was brought to my attention almost two weeks ago that there is a water issue in Lee County.

I approached the Mayor and asked the Mayor how I could help. The Mayor told me that there are some issues and sent me with the Public Works Director to look over some of the issues. I, then, wrote Frankfort, saying the water issue is an emergency in Lee County. Rocky Adkins, Robert Stivers, Hal Rogers’ Office, and Mitch McConnell’s office responded to my letter saying, ‘they talked to the local officials and there is no water issue in Lee County, and no need to declare a state of emergency.’ I, as a Representative of District 91, did not once ask them to declare a ‘state of emergency.’ I, simply, stated there IS an emergency. I have said numerous times that my district will NOT be neglected. Does one not think Lee County needs help when a reliable source said that the water treatment plants have needed repairs for years and I am getting pictures of brown water from peoples’ faucets and it is not an emergency? I am not going to let this pass to another administration as past administrations have in Beattyville. The buck stops here today. These water issues have been happening for years, and the spring flood did not help matters, and may have even made the issues worse. Lee County needs help and needs help NOW! I just want Lee County to have clean and clear water throughout the whole county. Why is that so hard to do?

I did visit the water works plant on Water Works Road with the Division of Water. The water sample was cloudy. There is a chemical that can make the water clear, but that only masks the problem. As the State Representative of District 91, I asked that they not use that chemical any more to mask the problem.

I am trying hard to get the parts needed for repair and maintenance for the city employees that are working diligently to resolve these issues with little to no help after multiple requests and were denied for years.

Last Friday afternoon, I met with Governor Beshear on Lee County’s water issues at an event in Estill County. He asked Rocky Adkins to set up a meeting in Frankfort to discuss further in hopes of resolving these issues.

On Monday morning, I officially requested to LRC in Frankfort an investigation on behalf of Lee County as to why Lee County has not had clean water for years, after numerous employees requested help, and advised past administrations as to how to rectify most of these on-going issues.

With that being said, I want the residents of Lee County to know that they will not be neglected and I will see this through as their state representative. I want our nursing home, our schools, businesses, and all residents to have clean and clear water. I think the water is filthy and not fit for even animals to drink! I, also, encourage those that have been affected by continuous water issues, to contact me via email at billwesleystaterep@yahoo.com or you can write to me at State Representative Bill Wesley, Capital Annex Room 432, Frankfort, KY 40601.”

Mayor Scott Jackson has been made aware of these water issues, all the while trying to work on them, and knows of Representative Wesley’s willingness to help his city. Even though these problems did not just begin during his administration, he does realize that he is the one with the authority that can make them better for Beattyville and Lee County.

When asked what he would like the residents of Beattyville to know, he stated, “The Division of Water was here on Thursday, July 22nd, at the St Helens Water Plant. A review of all records shows that the plant is operating as designed and the water is safe and meets all state regulations. They took additional samples and will conduct more in-depth testing to try and identify the cause of recent discolored water. The tests will take approximately three to five days.”

Even though Lee County Judge-Executive has no authority over Public Works that supplies water to his county, and is very aware of needed repairs, he stated, “I have spoken with Mayor Scott Jackson, District Health Director Scott Lockard, Senator Robert Stivers, and the Governor’s office regarding concerns over water quality. The Division of Water has determined all procedures and water quality tests are being conducted and the water is safe. Beattyville Water has conducted additional testing to ensure concerns are addressed. As a resident of Lee County, if you are concerned about water color or smell, I recommend contacting Beattyville Water immediately to address the concerns. This information will be used to build a case for competitive grants to improve water infrastructure.”

Well Folks, there you have it. You may want to get some beach towels and popcorn to watch the show, because it seems a “splash fight” is about to happen, but it is all good just as long as Lee County gets clean water.