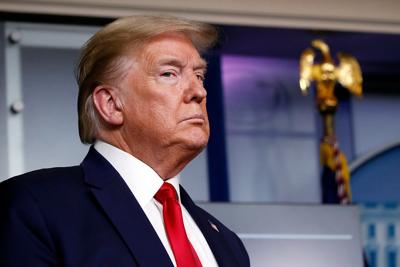 President Trump lashed out at CBS’s “60 Minutes” late Sunday night after its interview with Dr. Rick Bright, the ousted vaccine official who has criticized the federal government’s slow response to the Wuhan coronavirus.

Bright accused the administration of putting politics before science and said Health and Human Services Secretary Alex Azar did not act on early warnings about COVID-19.

The government scientist told host Norah O’Donnell that his resistance to President Trump pushing hydroxychloroquine was the “final straw that they used and believed was essential to push me out.”

The Department of Health and Human Services told the program, however, that Bright was the one to request an emergency use authorization for hydroxychloroquine, Fox News reports.

"We don't yet have a national strategy to respond fully to this pandemic," Bright said. "The best scientists that we have in our government who are working really hard to try to figure this out aren't getting that clear, cohesive leadership, strategic plan message yet. Until they get that, it's still gonna be chaotic."

Azar said last week that President Trump “literally did what Bright is saying should be done.”

"This guy was singing in a choir back then of everybody. We were all singing the same tune, and now he's trying to claim that he was a soloist,” he told Fox News’s Martha MacCallum.

Trump took to Twitter to blast the show and O’Donnell for doing “everything in their power to demean our Country, much to the benefit of the Radical Left Democrats.”

The president also said the “whole whistleblower racket” ought to be given a second look because it’s “causing great injustice & harm.”

Bright was removed from his position at the Biomedical Advanced Research and Development Authority last month and reassigned to the National Institutes of Health.

“Bright was transferred from his role as BARDA director to lead a bold new $1 billion testing program at NIH, critical to saving lives and reopening America,” an HHS spokesperson said in a statement last week, according to Fox News. “Mr. Bright has not yet shown up for work, but continues to collect his $285,010 salary, while using his taxpayer-funded medical leave to work with partisan attorneys who are politicizing the response to COVID-19.”

The scientist's lawyers told CNN that he will begin that job soon.

"Contrary to administration talking points, Dr. Bright has never refused to report to NIH, and now that his position there has been identified, he plans to begin next week," the attorneys said. "Dr. Bright is fully prepared to step into this new role unless Secretary Azar honors OSC's request and grants a stay of his reassignment."