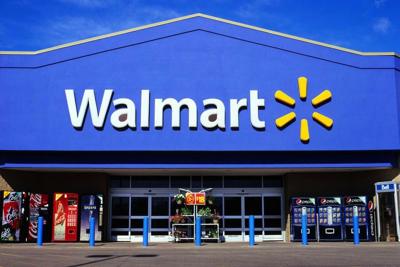 When seeking a job for post military life, Lon Kindler of Elizabethtown, sought a company similar to his life in the army.  He held the rank of Command Sergeant Major for the last ten years and completed multiple combat tours in Afghanistan before turning his sights to a position with Walmart.

Kindler, who works at a supercenter in Louisville, is one of thousands of veterans who has found a home with Walmart since the company introduced the Veterans Welcome Home Commitment (VWHC) in 2013, setting its goal of hiring 250,000 new veteran associates by 2020.

Today, Walmart announced it achieved the hiring goal with more than 265,000 veteran associate hires, including more than 5,300 in Indiana.

“I was drawn to Walmart because I’ve always been impressed by how they run their business,” said Kindler.  “Walmart is a company that is designed a lot like the military with high expectations and standards. They also are such big supporters of the armed forces; it was a no brainer to join the team.”

“This is such an important time for us,” he said. “Our company is committed to building relationships across this community to advance and improve both economic opportunity and overall well-being.

“As we look ahead, we will find new ways to help veterans and military spouses find meaningful futures through employment, entrepreneurship, learning, and health and wellness initiatives,” he added.

On Veterans Day 2018, recognizing the need to broaden employment opportunities for military families, Walmart introduced the Military Spouses Career Connection. To date, the company has hired more than 31,000 associates and continues offering any military spouse hiring preference when applying for a job.

For more information about Walmart’s commitment to veterans, service members and military families, please visit: http://www.walmartcareerswithamission.com/ or http://corporate.walmart.com/global-responsibility/veterans-military-families/ and follow Walmart on Twitter @WalmartToday and @WalmartOrg.

About Walmart in Kentucky

Walmart Inc. (NYSE: WMT) helps people around the world save money and live better – anytime and anywhere – in retail stores, online and through their mobile devices. Across the Commonwealth we serve customers at 101 retail units and online through Walmart Online Grocery and Walmart.com. We are proud to employ 28,548 associates in Kentucky.  Walmart supports local businesses, spending $506.1 million with Kentucky suppliers in fiscal year 2020 and supporting 40,292 supplier jobs. Walmart continues to be a leader in employment opportunity, sustainability, and corporate philanthropy. In fiscal year 2020, Walmart and the Walmart Foundation contributed more than $22.1 million in cash and in-kind donations to local nonprofits in Kentucky. Learn more at corporate.walmart.com.