You have permission to edit this article.
Edit
Subscribe
Our Publications
Home
News
Opinion
Digital
Calendar
Classifieds
Advertise with Us!
e-Edition 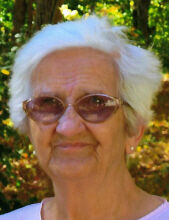 Dathia was born in Owsley County, KY on November 29, 1930, a daughter of the late Lizzie (Scott) and Lucian Peters. She was a member of Anglin Branch Baptist Church.

She was preceded in death by her first husband, Roy Davidson, and her second husband, Clifford Bell.

Dathia is survived by her two sons: James Davidson and wife Pamela of Booneville,KY, and Donny Ray Davidson of South Lebanon, OH. As well as three stepchildren: Lucy Martin, Anna Leigh Brewer, and Ronald Bell all of Booneville, KY.

In addition to her two husbands and parents, Dathia was preceded in death by her sons: Roy Jr. Davidson and Danny Lee Davidson; her daughter, Judy Ann Davidson; her stepchild, Peggy Wilson; her grandson, Jason Davidson; her brother and sisters: Billy Peters, Georgia Mae Byrd, and Wilma Jean Couch; and her daughter-in-law, Brenda Davidson.

Britton Funeral Home was in charge of the arrangements.

To plant a tree in memory of Dathia Davidson-Bell as a living tribute, please visit Tribute Store.
We need your support