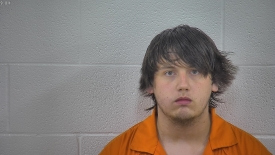 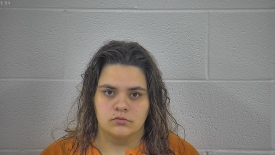 Laurel County Sheriff John Root is reporting that: Laurel Sheriff's K-9 Deputy Gary Mehler along with Deputy Hunter Disney, Deputy Allen Turner, and Deputy Jamie Etherton arrested two individuals on Saturday night March 14, 2020 at approximately 7:51 PM. The arrests occurred off Little Arthur Ridge Road, approximately 5 miles north of London after deputies were dispatched to a physical domestic violence dispute there. Upon arrival at the scene deputies learned that a male and female subject who are engaged allegedly had a verbal dispute that turned physical where both individuals assaulted each other. In addition, the male subject allegedly placed his hands around the female victim's neck and throat. Visible injuries were noted on both individuals. Both individuals were arrested and are identified as:

Gov. Beshear Seeks Help of All Kentuckians in COVID-19 Fight