While officials say the 2019 audit of the Estill County Fiscal Court showed multiple issues, the one involving the missing money will be sent to the Kentucky Attorney General’s office for further investigation.

In the document, officials say at least $5,800 of fees from the county animal shelter and $300 from the senior citizens center, “may have been stolen or misappropriated” and was “undetected by management”.

Auditors also said there could be more that is unaccounted for but cannot be sure due to “lack of records and inconsistent recordkeeping”.

Judge-Executive Donnie Watson responded to the report saying, once officials realized what was going on, the employee responsible was suspended pending investigation and resigned before they could be fired.

The Audit can be viewed on the State Auditor's website or by clicking the pdf files below: 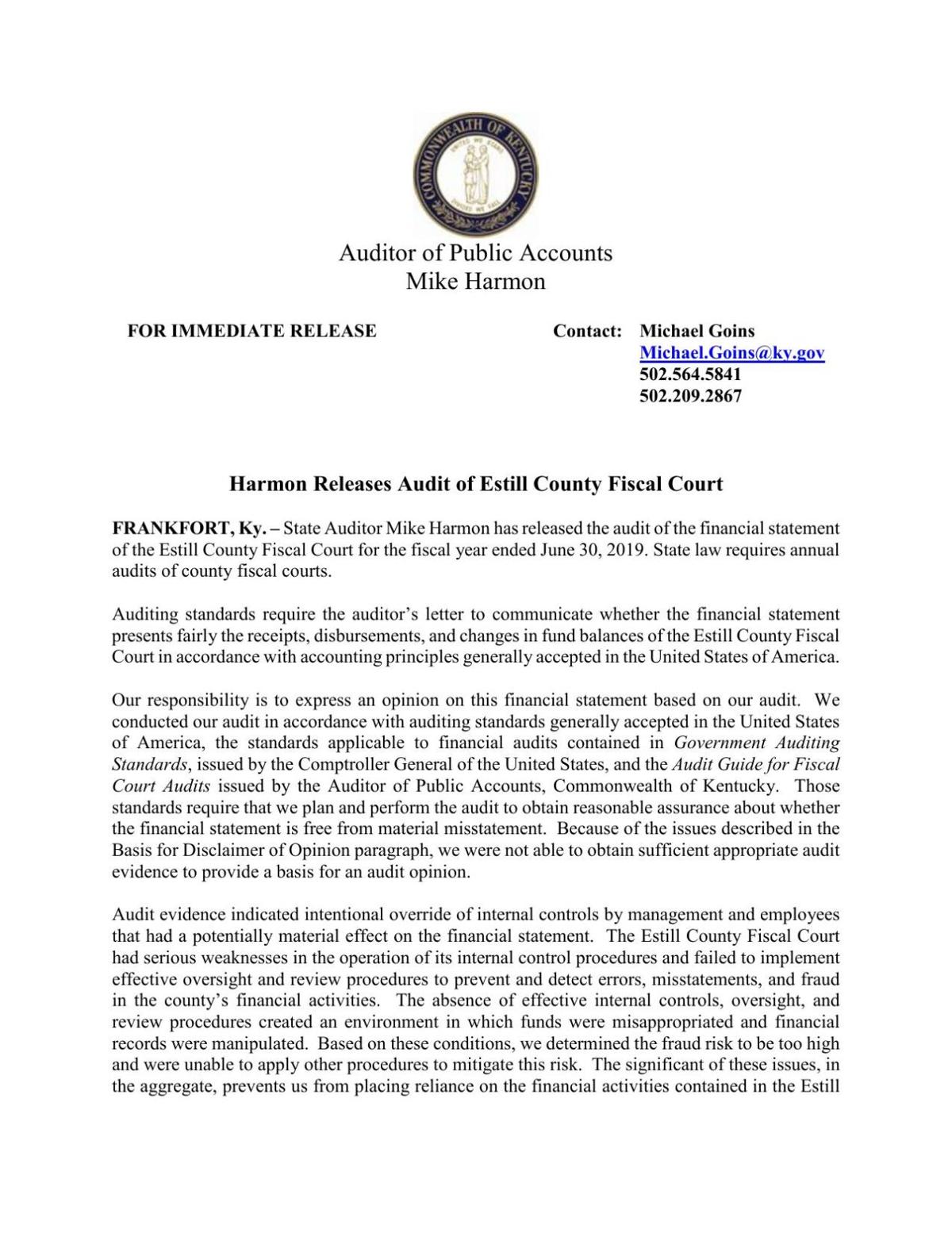 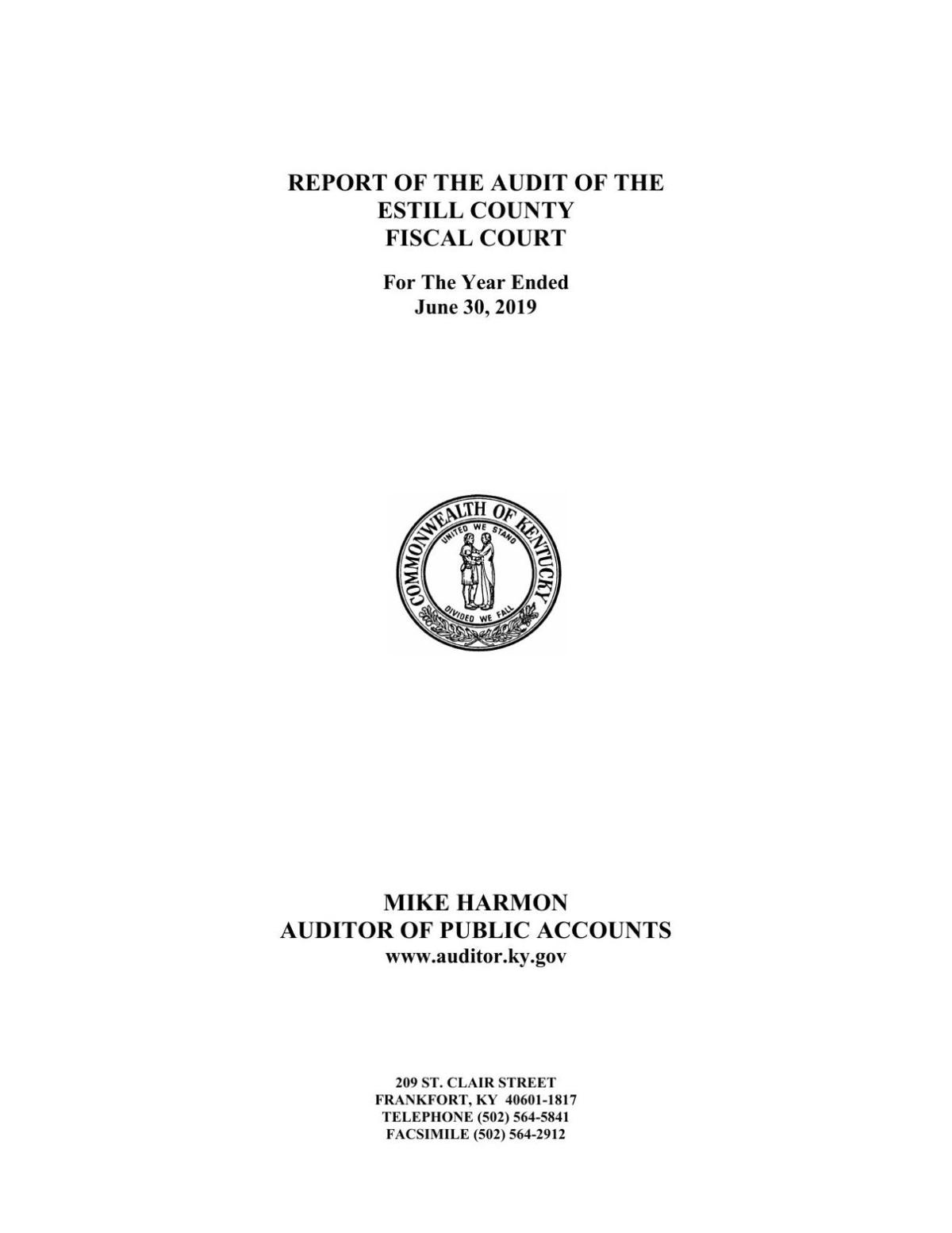