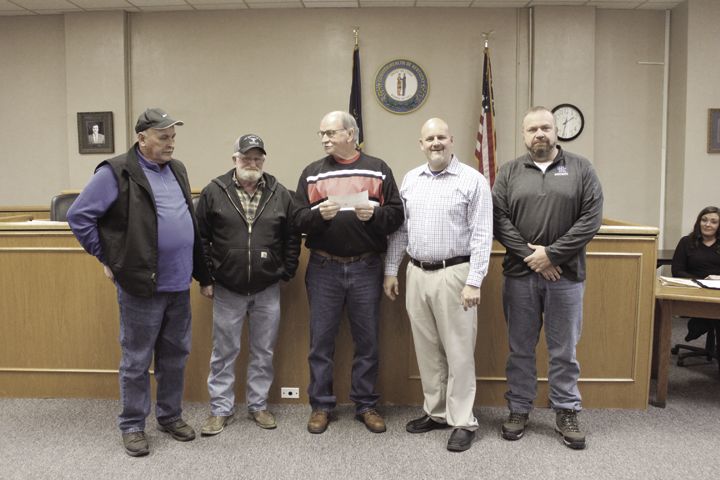 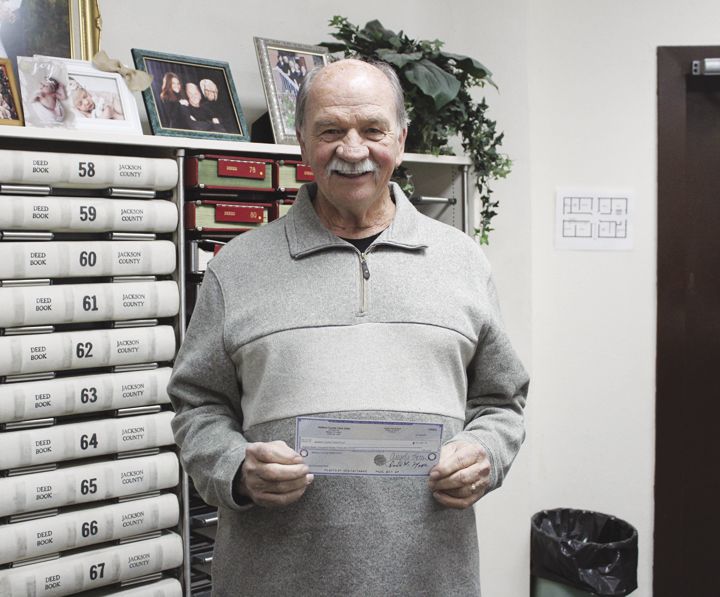 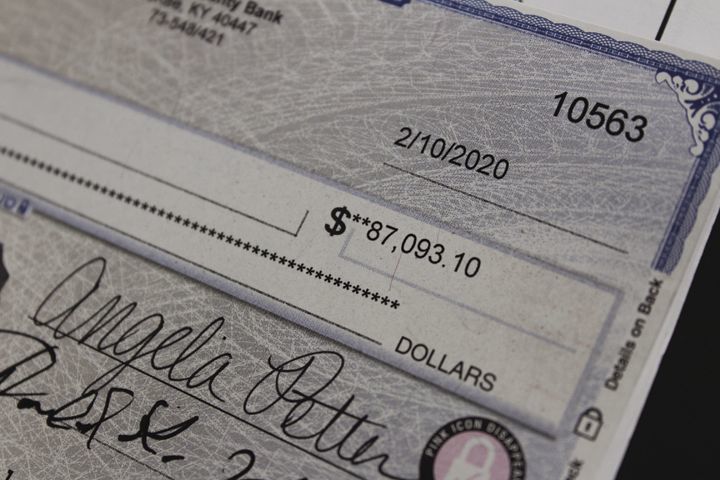 On Tuesday the Jackson County fiscal court held its regular monthly meeting. County Clerk Donald “Duck” Moore presented the fiscal court with a check for $87,093.10 that was left over from his operating budget expended during the year 2019. The fiscal year for the County Clerk’s office begins on January 01 and he had until March to turn over any excess money. This was the largest return of excess fees in the memory of Moore who has worked here for 18 years. Moore saved a lot of money last year by acquiring a grant to purchase new computer equipment. In addition, Moore’s office has an exemplary record when it comes to his audits. “I have a great group of employees. This is a reflection of their hard work,” Moore said. “We pride ourselves on operating very efficiently. In addition, we have one of the most sophisticated and up-to-date County Clerk Offices in the state.”

The court reveiewed and approved the FY20-21 County Road Aide Agreement and Resolution. Next year’s budget will total $1,175,966.57 that will be received from Frankfort in 3 payments throughout the upcoming fiscal year. Three percent of this total will have to be maintained in a contingency fund to deal with any emergency situation that may arise.

Sheriff Paul Hays reported that his office has seen an increase in “aggression” related domestic disputes. He said these are taken very seriously and he wants everyone to stay safe. He doesn’t want anyone injured in a domestic dispute. However, he also stated that he must look out for the safety of his officers and he is dedicated to doing whatever it takes to make sure that no one gets hurt (including his officers). Sheriff Hays also talked about the fatal accident on Hwy 290 and how those kind of scenes impact the first responders, the law enforcement and emergency medical services that respond. “Please understand that these types of situations are highly stressful to everyone.”

The Magistrates reported that they are all dealing with issues associated with all the rain over the last few days and weeks. The Jail reported that their revenue last month was $91,000. In addition, they requested that the fiscal court provide help in making sure that the inmates that qualify receive a mail-in ballot that allows them to vote in the upcoming election. Judge Gabbard and the court were eager to make sure this happens and tabled the topic until next month so they could research what they needed to do.

The fiscal court conducted the first reading of a budget amendment that would allow them to recognize the acceptanxce of $28,530.07 as reimbursement from FEMA associated with repairs to roads from previous flash flooding events. This is money that the county spent up front to fix those problems and Judge Gabbard is happy to see some of that money finally coming back home.

The court also agreed to move Jaaron Hignite, Brandon Moore, and Frank Cunagin to Full-Time positions with the Road Department now that they have finished theor 60 day probation period.