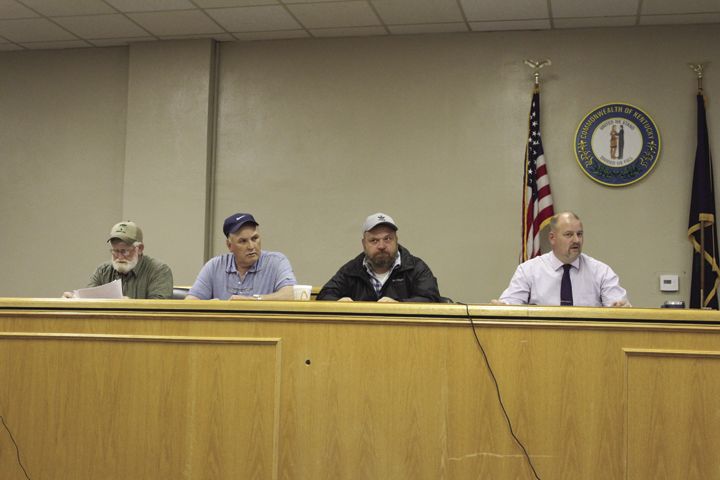 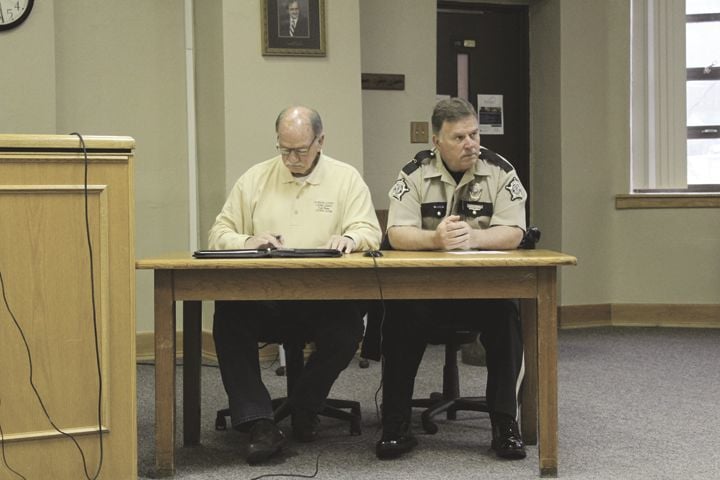 The Jackson County Fiscal Court met earlier this month for their regular monthly meeting. One of the main items on their agenda was the establishment of the County Property Tax Rates. The court approved the County tax rates that were recommended by Frankfort. The County tax rate of 0.069 per $100 will remain unchanged from last year’s rate.

The approved 2019 Property Tax Rates are as follows:

The Magistrates reported that they are still performing general maintenance on roads and starting the second round of roadside mowing. The Sheriff reported that the School Resource Officer would be Keith Berry. Officer Berry took the position last year and will be continuing there this year. Jailer Brian Gabbard reported that the Inmates are working in every part of the community. Inmate Labor is proving to be very efficient in every part of County Government. The Finance and Budget Committees met before the Court meeting. The purpose of the committees are to monitor the budget spending. Judge Gabbard reported that the budget spending is seeming to be going as planned. The court reviewed the 4th quarter report for the FY 2018 and the county stayed within budget according to the report. In compliance with previous audit recommendations, the court reviewed the Occupational Tax Revenues which appeared to be coming in as budgeted. The court reported that they have had some theft issues around our County garages so they decided to purchase some security cameras. The road department crew for District 2 has recently had 2 employees move on to another job so the court voted to hire Jaaron Hignite (part-time), and Brandon Moore (full time) on an 8 week probationary period. Every 3 years the fiscal court is required to reseat members on the County Tax Assessment Board. They voted to appoint Ben Gilbert and Ryan McQueen as the representatives for a 3 year term.

Jackson County is considered a “Coal Impact” County. Previously the coal severance funds received by the county were restricted to transportation purposes only because we are a “coal impact” county and not a “coal producing” county. However in this year’s legislature, HB 200 was amended to allow the county to use Coal Severance money for a broader range of uses. One acceptable use is fire protection services. The court voted to give each of the county’s four volunteer Fire Departments $5000 each out of these funds to help with operation. Each department will be responsible to turn in expenditures made with the money to the Fiscal Court for audit purposes. Judge Gabbard said, “There is no guarantee of money to the Fire Departments in the future but we will help all we can as we can.”

The Fiscal Court voted and passed a resolution to join the KMRRA last year which is a regional trail system in the eastern half of the State. Judge Gabbard reported, “This could be a great tourism boost for our County with off roaders coming in to ride our trails. The KMRRA asked every county that is a member to contribute $5000 to help hire a director so that person can market trail communities and be a liaison between us and the Forest Service.” The court voted approval for the contribution.

The fiscal court granted approval to pay Pennington’s garage for mechanic service on a 2005 Tahoe when the invoice arrives. Judge Gabbard explained, “This is an invoice we expect in the next couple days and didn’t want this vendor to wait another 30 days for payment.”

The fiscal court approved a resolution that formally recognizes 911 Dispatchers as “First Responders” because of the nature of the job.