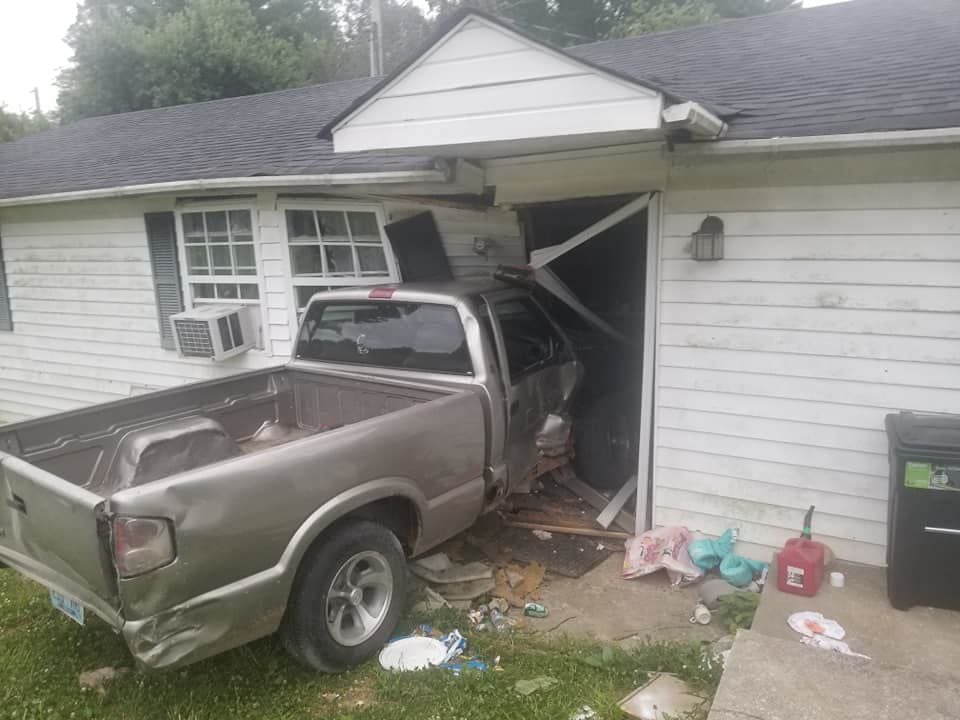 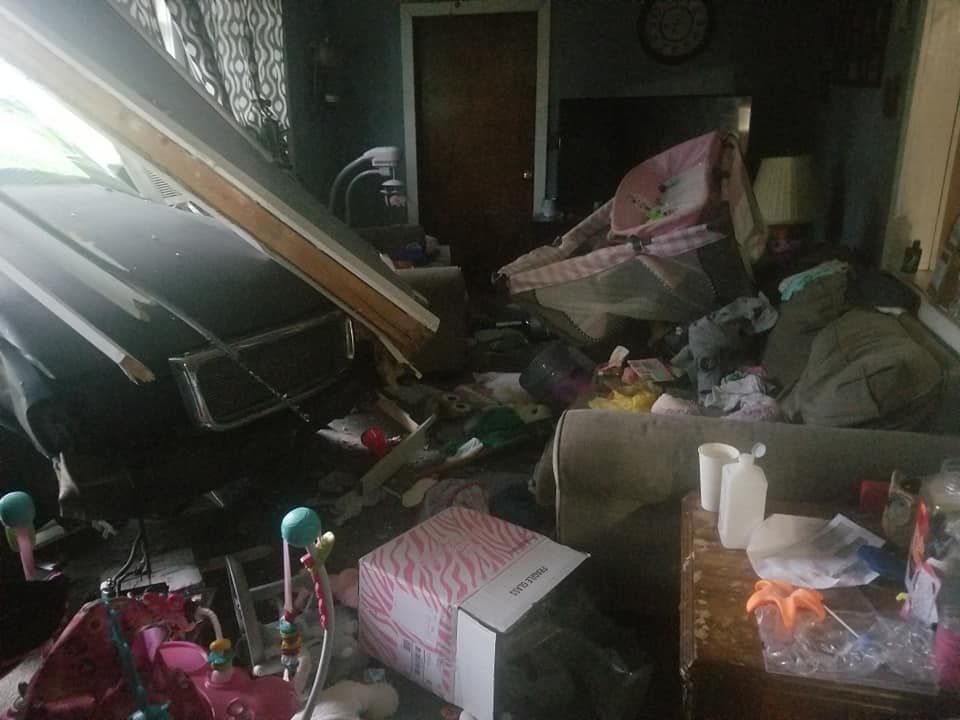 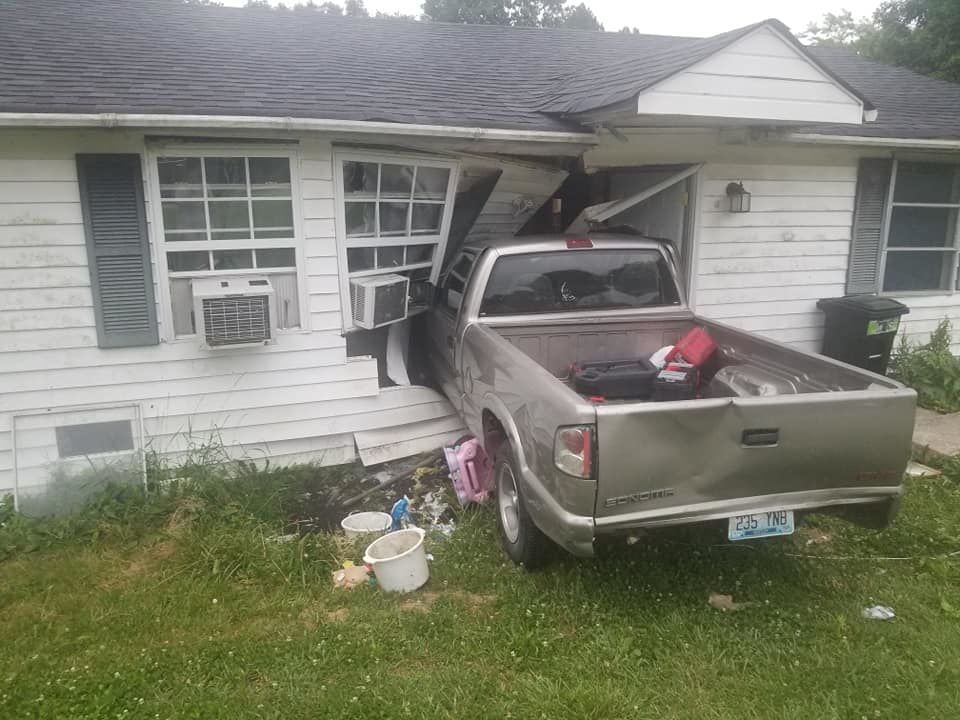 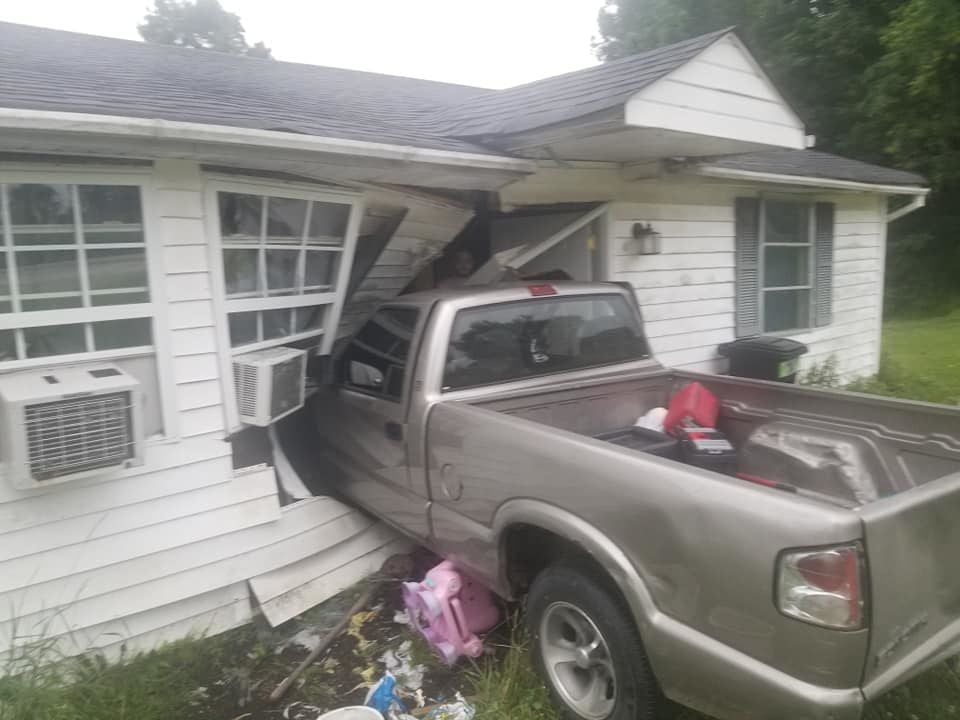 Tyler Turner and his wife Shyann Turner woke up Saturday morning (June 27, 2020) to their newly acquired 2001 GMC Sonoma sitting in their living room. The vehicle had been parked outside their home until it was hit around 6:30 am by a blue 2019 1500 RAM truck being driven by Ivan Fletcher, 20, of Booneville, KY. The head-on impact caused the lighter GMC Sonoma to become airborne sending it into the Turner’s living room. Luckily no one was injured. The Turner’s eight year old daughter had been sleeping on a couch in the living room and had just moved prior to the incident.

Sheriff Paul Hays investigated the incident. Fletcher old Sheriff Hays that he had previously worked many hours with little sleep and that he simply fell asleep at the wheel as he entered a slight curve on a hillcrest along Hwy 3445. Fletcher was cited for no proof of insurance. He later advised Sheriff Hays that his insurance had lapsed.

The Turner family has been left in very difficult times with nowhere to stay. The wall impacted by the vehicle was a “load-bearing” wall and the home is now deemed unsafe. Their jobs are also in jeopardy due to their lack of living arrangements and transportation needs. They could use the help of the communities help to get through this difficult time. If you wish to help them out you can donate to the following link: Paypal.me/shyannmcdaniel

'People need to understand the virus is real'