Skip to main content
You have permission to edit this article.
Edit
Subscribe
Our Publications
Home
News
Sports
Opinion
Digital
Calendar
Classifieds
Advertise with Us!
e-Edition
1 of 3 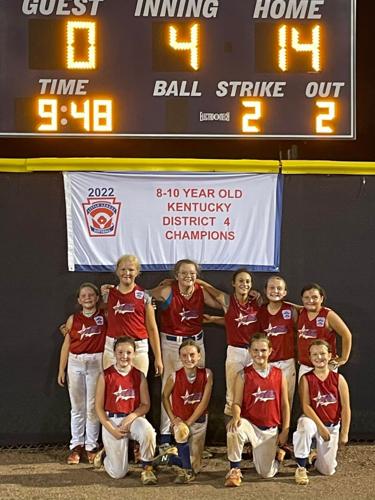 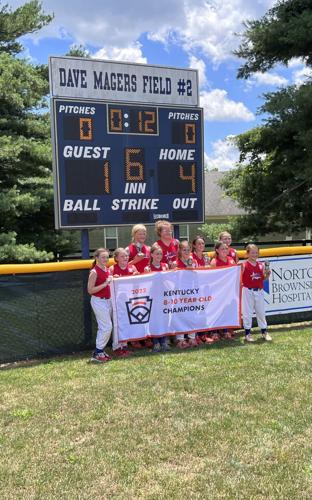 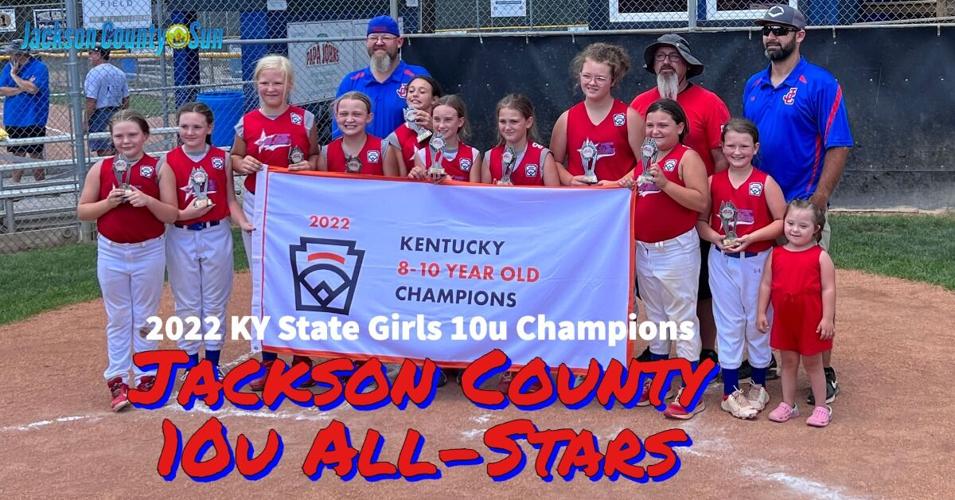 After a monsoon on Saturday the first round of the State Little League Tournament was pushed to start on Sunday. Jackson County’s girls were set in a first-round matchup vs. Fleming County (the Champions from District 6). It was a pitcher’s game. Jasey Estridge recorded 14 strikeouts on the day and Ellory Flora from Fleming worked to match her. The end of the game would come with a score 0-0, pushing extra innings. Sofia Martinez led the inning off with a triple, followed by a triple by Jasey Estridge. Marley Coffey recorded an RBI in the last inning. Tilly Truett, Karley Turner, and Hannah Gabbard also had base hits in the game. The bottom of the 7th had base runners from Fleming County but some exciting plays from Jackson as Coffey tagged a runner out at home leaving Fleming County scoreless and Jackson advancing 2-0.

Monday’s game featured the Champions from District 5, Trace Creek. The 10 a.m. game didn’t prove to be a problem for Jackson this morning as they came out with bats and gloves alive. Jackson shut out Trace Creek in 5 innings to advance in the winners bracket 10-0. Each girl battled at the plate with base hits or better, but the story of Monday’s game was Jackson’s heads up field plays and quick reflexes on the infield.

With Monday’s win Jackson now awaits the winner of the Loser’s bracket in the Championship of the 8-10 Kentucky Little League Tournament. The game is set for Wednesday at 12:30 P.M. at North Oldham Little League in La Grange, KY.

Wednesday Championship Game Update: The Jackson County All Stars fell behind early in the Championship game trailing by a score of 0-1 However, when they retired the Fleming team without a score and went on offense. At the bottom of the third inning the bat started to heat up. With a couple of double base hits from Kylee Martin and Sofia Martinez setting things up the All-Stars were able to drive home a couple of runs and took a 2-1 lead over Fleming.

The JC All Stars defense stood strong at the top of the 4th retiring Fleming County without a score. Unfortunately, Fleming County returned the favor and the All-Stars were held scoreless at the bottom of the 4th inning as well.

The top of the 5th inning also saw a strong defensive effort from the All-Stars holding their opponent scoreless once again. The pitching was phenomenal! Two hits for the All-Stars to start the 5th inning put runners on second and third base with no outs. The next two batters brought both those runners home making the score 4-1 in favor of the All-Stars at the end of the 5th inning. Chants of "We Are Jackson!" could be heard from the enthusiastic fans in the stands!!

The Jackson County girls held strong at the top of the 6th retiring Fleming without a score. This secured the Championship win for the Jackson County 10U Fast Pitch Softball Girls by a final score of 4-1. All the girls played an amazing game. Kylee Martin and Sofia Martinez were responsible for scoring 2 runs each leading to the 4 run victory.

Man dies after struck by truck operated by Barbourville man

Schools Close and Extend Thanksgiving Break Due to Illness