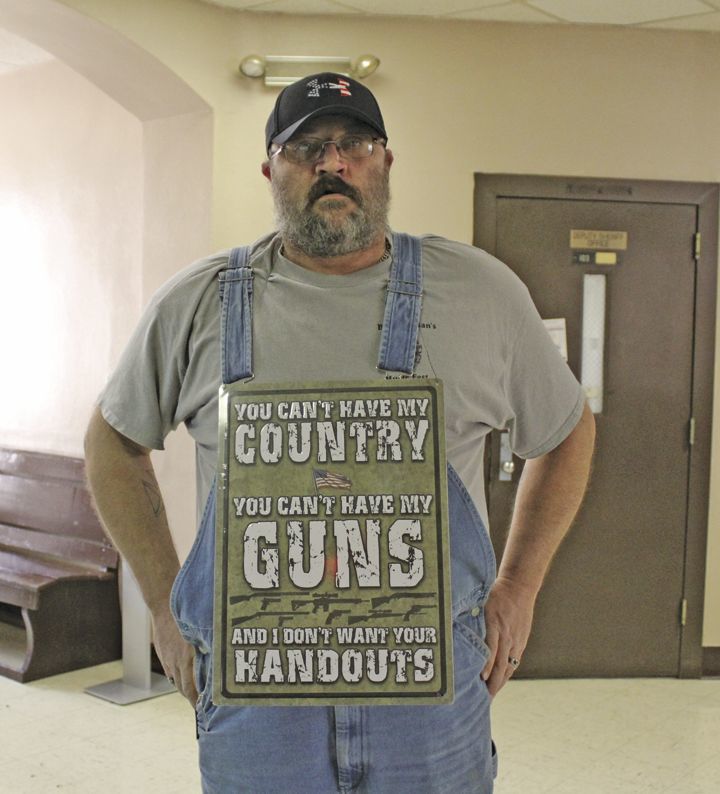 Brad Minter, of McKee S&T was in attendance at the special meeting of the Jackson County Fiscal Court to show his support for Second Amendment rights 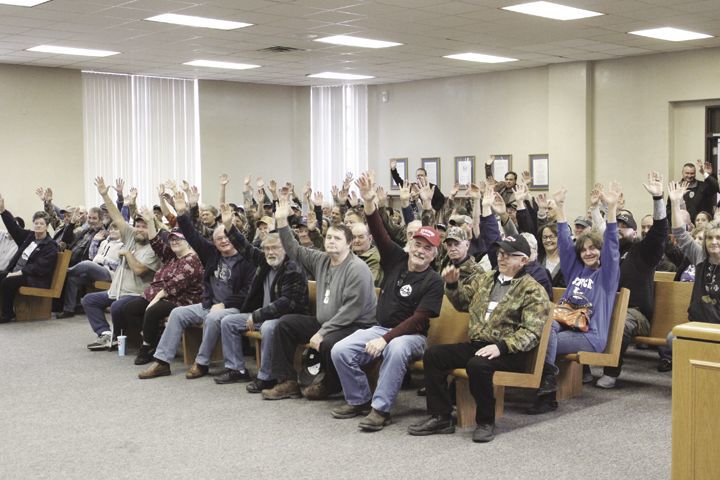 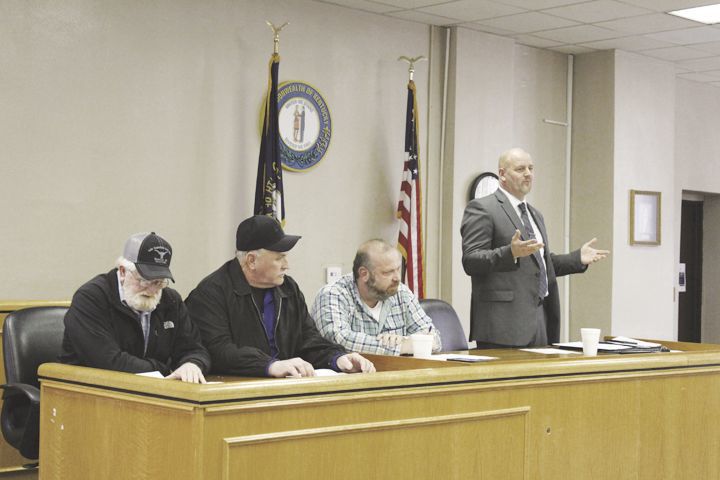 Brad Minter, of McKee S&T was in attendance at the special meeting of the Jackson County Fiscal Court to show his support for Second Amendment rights

Jackson County is one of the latest Kentucky counties to adopt a resolution to declare the county as a “Second Amendment Sanctuary County”. The fiscal court held a special meeting on Monday, January 27th, 2020 to consider Resolution #01272020. The resolution unanimously passed to the applause of a large crowd gathered in the old courtroom. At the request of one of those in attendance Sheriff Hays volunteered to sign the resilution along with the fiscal court members as an expression of his dedication and commitment to second amendment rights. The county officials were responding to a petition started by Danny Potter that garnered substantial support in the county (over 1,400 signatures). Jackson County has now joined the majority (over 75%) of Kentucky counties, including Harlan, Laurel, Leslie and Cumberland counties in addressing the issue. Dozens of others have meetings or votes scheduled to consider making their counties Second Amendment “sanctuaries.”

Resolutions like the one approved in Jackson County do not carry the full force of law. In municipalities, resolutions are “merely declaratory of the will or opinion of a municipal corporation,” whereas “ordinances” are enforceable pieces of legislation, according to Kentucky Municipal Statutory Law.

Officials in Marshall County, where a 15-year-old gunman killed two students and wounded a dozen others last year, have made attempts to create an enforceable county “ordinance” to prevent local police and sheriff’s deputies from enforcing certain gun laws, though the county attorney there has warned the effort would likely violate state law and attract a lawsuit. Local ordinances dealing with firearms control are problematic given that the state of Kentucky passed a law in July 2012 that prohibits local firearms control ordinances (KRS 65.870). This statute states explicitly that public servants (such as Judge Gabbard or the Magistrates) that violate this law would also be violating either KRS 522.020 (Official misconduct in the first degree) or KRS 522.030 (Official misconduct in the second degree).

Even without a resolution, local officials, such as sheriffs, can already decline to use their resources to enforce federal laws, including new gun regulations, according to Joshua Douglas, a constitutional law professor at the University of Kentucky. That power has allowed cities throughout the country to decline to use their local police resources to assist with federal immigration enforcement cases. Russell Weaver, a constitutional law professor at the University of Louisville, has reported that not cooperating with federal enforcement efforts could prompt the federal or state government to withhold federal funding from those localities. The administration of President Donald Trump, for example, has successfully withheld federal funding from some local governments that declined to assist federal immigration enforcement officials.

The real power of these resolutions will be political, and can be seen in the unusually large crowds that show up at county courthouses to lend their support. Even if the resolutions are largely symbolic, they are consequential politically. It is obvious to all those observing that the rights afforded the citizens under the Second Amendment are important to the citizenry and they are watching.

A RESOLUTION OF THE COUNTY OF JACKSON, OF THE COMMONWEALTH OF KENTUCKY AUTHORIZING THE COUNTY JUDGE EXECUTIVE TO ACCEPT AND ACT AUTHORIZING JACKSON COUNTY AS A SECOND AMENDMENT SANCTUARY

WHEREAS, the Constitution of the United States is the supreme law of our nation; and

WHEREAS, The Second Amendment to the Constitution states, “A well-regulated militia being necessary to the security of a free State, the right of the people to keep and bear arms shall not be infringed”; and

WHEREAS, The United States Supreme Court in District of Columbia v. Heller, 554 U.S. 570 (2008), has affirmed an individual’s right to possess firearms, unconnected with service in the military, for traditionally lawful purposes, such as self-defense within the home, and that the “militia” referenced to in the Second Amendment comprised all males physically capable of acting in concert for the common defense; and

WHEREAS, the JACKSON County Fiscal Court is opposed to the passage of any bill containing language which could be interpreted as infringing the rights of the citizens of Jackson County to keep and bear arms; and

WHEREAS, the Jackson County Fiscal Court wishes to express its deep commitment to the rights of all citizens of Jackson County to keep and bear arms; and

WHEREAS, the Jackson County Fiscal Court wishes to express opposition to any law that wouldunconstitutionally restrict the rights of the citizens of Jackson County to keep and bear arms; and

WHEREAS, the Jackson County Fiscal Court wishes to express its intent to stand as a Sanctuary County for Second Amendment Rights and to oppose, within the limits of the Constitution of the United States and the Commonwealth of Kentucky, any efforts to unconstitutionally restrict such rights,

NOW THEREFORE, BE IT RESOLVED this the 27th day of January, 2020, by Jackson County, of the Commonwealth of Kentucky:

THE JACKSON COUNTY FISCAL COURT hereby designates Jackson County a Second Amendment Sanctuary in order to preserve for the people of, on, and in Jackson County, their rights guaranteed by the Constitution of the United States of America; furthermore,

THAT THE JACKSON COUNTY FISCAL COURT hereby expresses its intent to uphold the Second Amendment rights of the citizens of Jackson County, Kentucky, and, furthermore,

THAT THE JACKSON COUNTY FISCAL COURT hereby declares its intent to oppose any infringement on the right of law-abiding citizens to keep and bear arms.

WE, THE JACKSON COUNTY FISCAL COURT, OF THE COMMONWEALTH OF KENTUCKY, THROUGH THIS RESOLUTION, HEREBY DECLARE THIS TO BE THE RIGHT OF OUR CITIZENS, AND AN INTEGRAL PART OF THEIR FREEDOMS AND LIBERTIES AS GUARANTEED BY THE CONSTITUTION OF THE UNITED STATES OF AMERICA.