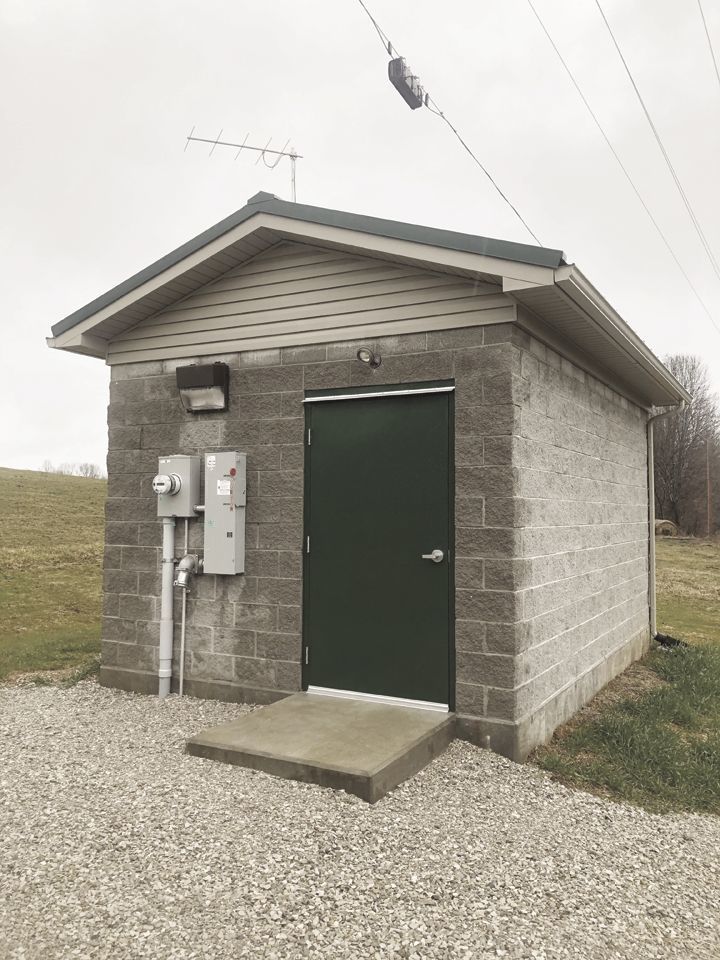 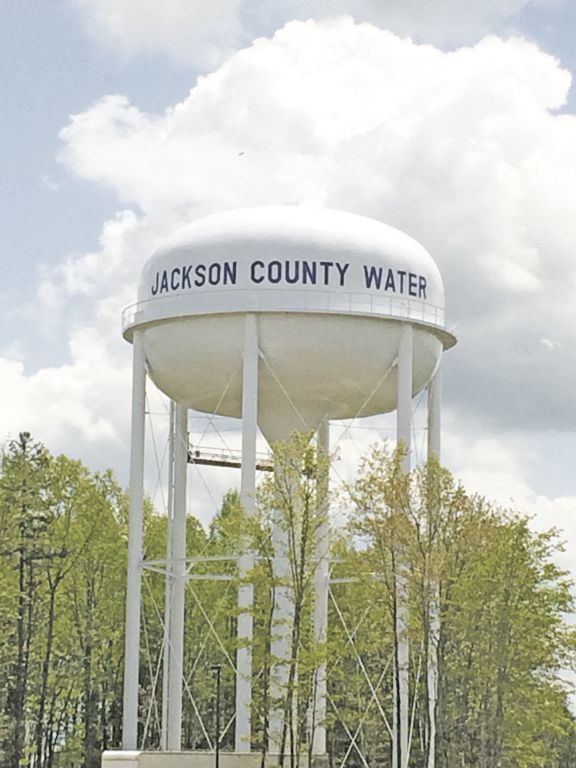 The Jackson County Water Association is proud to report that they have finalized a multi-million dollar project (approximately 4 million dollars) that will serve to enhance the quality and reliability of the water supply in Jackson County for the foreseeable future. The project began in 2017 and the punch list was finalized in December 2019. The project was completed in 5 phases. Each of these phases addressed unique water-related needs in different parts of the county. Phase 1 involved the installation of a 500,000 gallon storage tank on McCammon Ridge Road. Phase 2 saw the installation of a 100,000 gallon storage tank near Morrill located in the northern end of the county. Phase 3 involved the installation of an 8.0 inch transmission line over a distance of 9 miles from McKee to Sand Gap. Three new fire hydrants were installed along this reach as well. This improves the ability of the volunteer fire departments to respond to fire emergencies which, in turn, impacts insurance rates for those located in the vicinity. In addition, during Phase 3, JCWA installed two new pump stations located on Birch Lick Hill and in the Morrill-Kirby Knob area. This provided a valuable upgrade as well as an increase in their pumping capacity. In Phase 4 & Phase 5 water supply lines were extended over 24.5 miles along 28 different roads scattered throughout the county. Eighty-nine homes were supplied with potable water along those roads. A new pump station was also installed along Mildred Road.

The JCWA Board reported that they were pleased with the final results of the total project with the work being done to their satisfaction. With the funding obtained through a loan from the USDA Rural Utility Services, 95% of the county enjoys the service of clean, dependable water. While this is a significant accomplishment, the JCWA Board voiced their commitment to extend this service to the remaining 5% as soon as possible. Everyone needs and deserves reliable, clean water. The JCWA is dedicated to ultimately provide this service to every resident in the county.

In addition to working toward improving water quality and reliability to each home, the JCWA has also been working with the Kentucky Department of Fish and Wildlife Resources to improve the fishing and recreational opportunities at Lake Beulah as well. A boat dock has been completed and approved at the lake dam. Electricity and lights will make sure that the dock will be well illuminated as well. A ribbon-cutting will be announced soon.

Prior to the construction of the Jackson County Water Treatment Plant and distribution system, water supplies came from wells, cisterns, and treated water hauled from the City of McKee. Local wells were generally shallow located in low lying areas and were subject to flooding and contamination from surface water, outside toilets and septic tanks making them a serious health hazard. A safe and reliable water system is the first consideration for improvement in the economy and protection of public health.

In 1969 after several meetings of interested citizens a water and gas district was formed. Wendell Flannery was elected Chairman, Odis Johnson was Vice President and Alfred May was Secretary and Treasurer. The Board of Directors of the water and gas district immediately began trying to secure funding for the project. Applications for funding were presented to the Economic Development Administration and the Farmers Home Administration Funding was secured from both agencies in May and July of 1971. The total estimated cost of the project was $1,216,000.00.

Final plans and specifications were prepared as quickly as possible, and a bid opening of April 27, 1972 was scheduled. Bids were opened April 27, 1972 and the project began on July 26, 1972. There were approximately 44 miles of water line constructed in the Sand Gap, Waneta, Bradshaw, Gray Hawk, Tyner and Annville areas of the county to serve approximately 518 customers. A 367,000 gallon per day water treatment plant was constructed to furnish water to the system. The source of raw water for this treatment plant was from a lake just above the treatment plant. This lake was designed and built by the State of Kentucky, just before the water system was built. The water system was dependent upon this lake being built. The lake covers approximately 90 acres.

Since the inception of the Jackson County Water Association the utility has grown from 44 miles of water main to approximately 350 miles, serving approximately 5,000 customers. To keep up with the increasing need for water a new 2.25 MGD state of art water treatment plant was constructed and put on line in 2005.

A raw water transmission line to the Rockcastle River was completed in 2012. The Jackson County Water Association will be able to supply safe reliable water to the citizens and industries of Jackson County for many years to come.