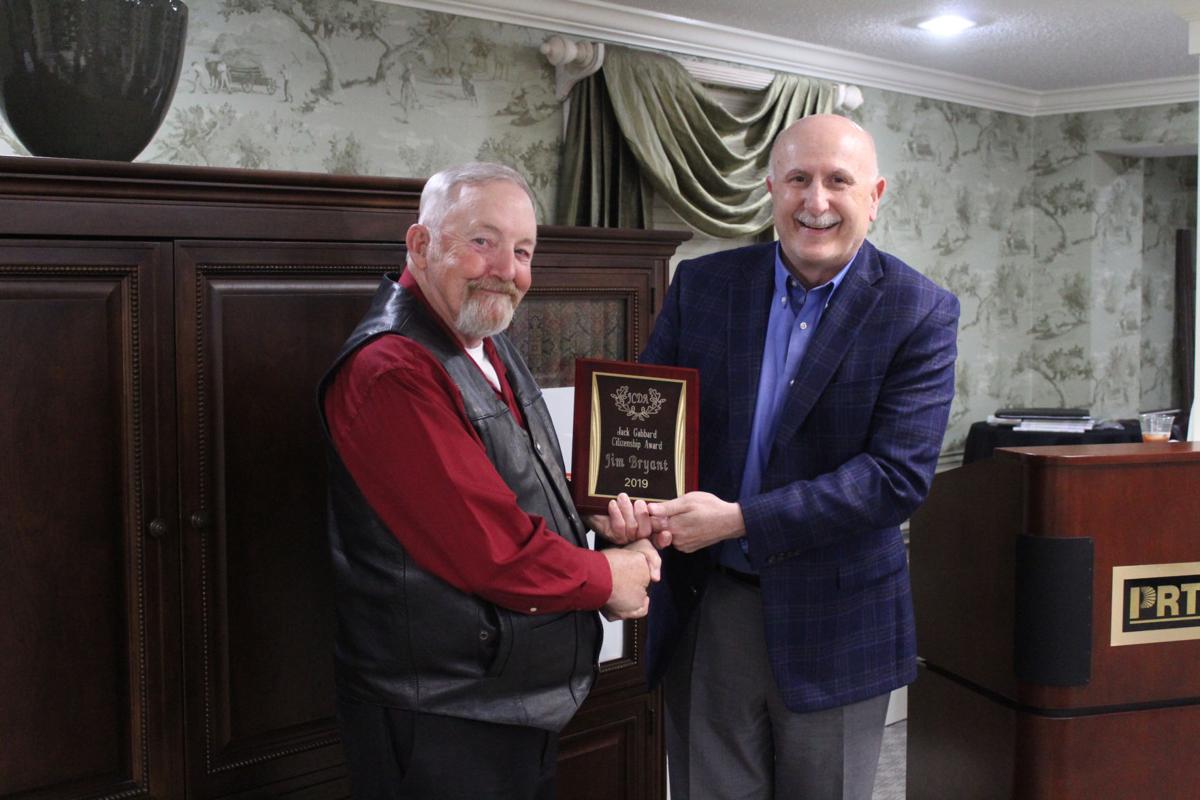 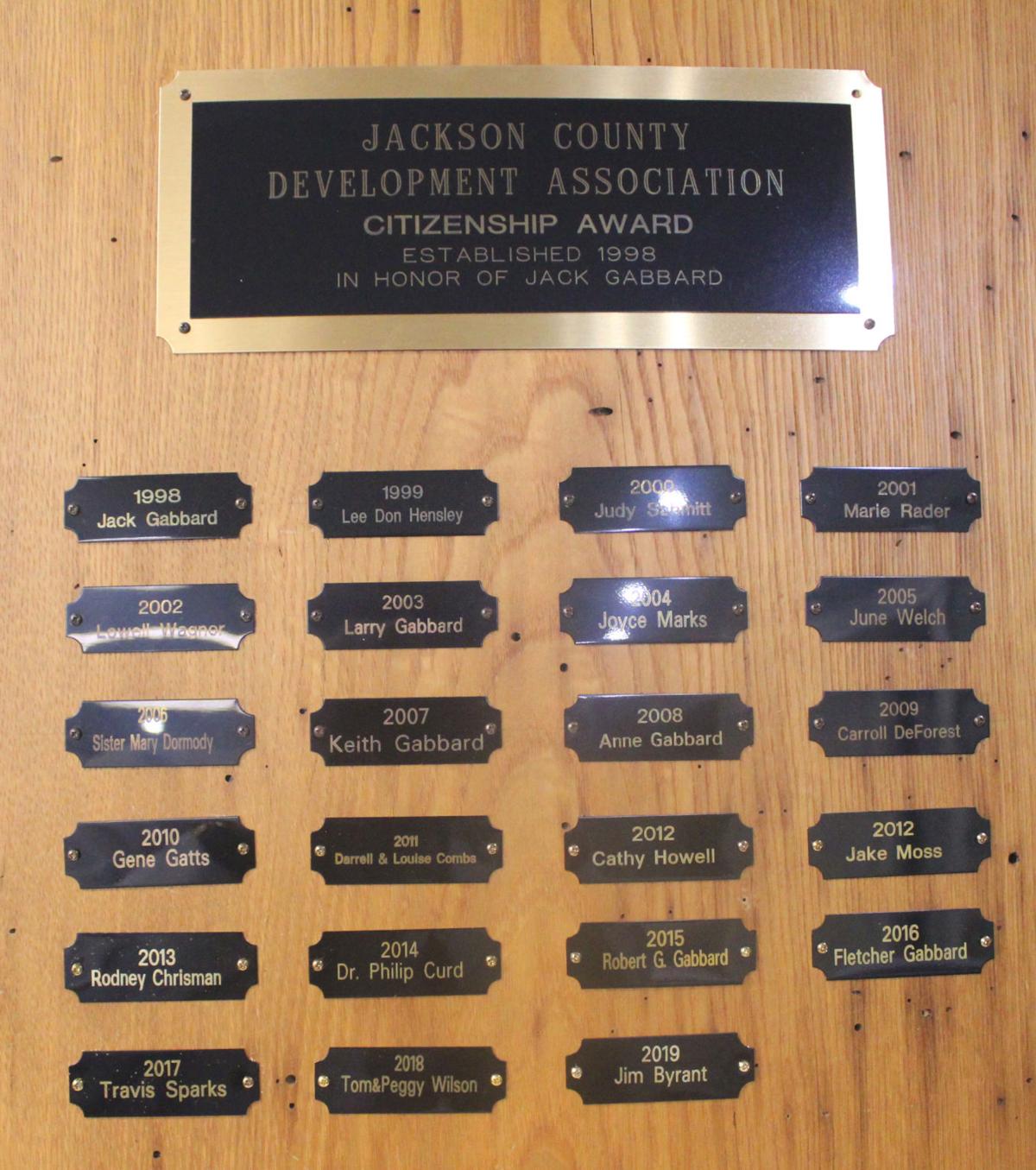 Each year the Jackson County Development Association selects a citizen to receive the annual Jack Gabbard Citizenship Award for their outstanding leadership and achievements in service to the Jackson County Community. The Award is presented at the annual JCDA Award Banquet. The Citizenship Award was established in 1998 in honor of Jack Gabbard and that makes this the 21st anniversary of the award. Former McKee Mayor Jack Gabbard exemplified all the criteria that are considered when selecting the award recipient(s). The recipient(s) must be a citizen of Jackson County. They must demonstrate good citizenship through participation and achievement in activities that improve and promote the Jackson County Community. The recipient(s) must promote harmony and good will among fellow citizens and groups while working to build the community. They must show good character, reliability, and interest in promoting progressive ideas for developing the community. The 2019 Jack Gabbard Citizenship Award winner was Jim Bryant. A large crowd was in attendance to honor the presentation.

Jerry Sparks, JCDA member and Jackson County Sun Co-Editor, spoke at the banquet and quoted Theodore Roosevelt who said, "The first requisite of a good citizen in this Republic of ours is that he shall be able and willing to pull his weight." Sparks said, “Our honoree certainly satisfies that requirement. If there is one attribute that most typifies Jim Bryant it is his work ethic and his lifelong ethic of “pulling his own weight”.

Sparks also described Jim as a “personally responsible citizen” or one who is personally responsible in his community. In addition to the personal work he has done on the Veterans Memorial, Jim exemplified the ultimate personal responsibility when he joined the military and put his own life on the line to fight for his country and his fellow American citizens. To that extent, Jim’s commitment to our country and to other veterans must be highlighted to understand him and why the community has chosen to honor him with this award.

Bryant describes himself as “a country boy who found a home in the military.” Jim joined the Army when he was 17. He spent 22 years in the U.S. Army, from 1961 to 1982. Before basic training, his only trip out of Kentucky was to Ohio. Jim said, “I read a lot and wanted to visit the places I read about.”

His service took him throughout the United States, five tours of duty in Germany and a one year tour of duty in Vietnam. Jim retired as a Master Sergeant and eventually returned home to Jackson County.

At the time of Bryant’s return from the Vietnam War the veterans themselves were caught in the middle of the political controversy surrounding the war. This meant that many Vietnam veterans (including Bryant) were not given the welcome home that they deserved. Jim was recently selected by Jackson Energy for the Honor Flight to visit Washington D.C. The veterans participated in a one-day tour of war memorials in the nation’s capital. Jim, and the other Veterans, received a heroes’ welcome home at the Blue Grass Airport from several thousand patriotic, flag-waving citizens who filled the terminal.

Sparks stated that Jim could also be considered a justice-oriented citizen (one who critically looks at social, political, and economic issues to see beyond the surface while looking for ways to help those that are neglected or need help). One of the most notable examples of Jim being “justice-oriented” is his work in the Jack Welch DAV and his dedication to honoring fellow Veterans. He has provided dignity to countless fellow Veterans at gravesites where Bryant and the DAV were literally the only one’s there to say “goodbye” and “thank you” to a fellow veteran that was lost and forgotten by their community. Along the same line, making sure that each Veteran is acknowledged with their names chiseled into the walls at the Veterans Memorial is a form of social justice. Jim works hard to make sure we honor those that made the ultimate contribution to our society.

Sparks said, “This sense of community and social justice was also on full display when Jim put his heart and soul into making sure that Tilde Hurst (aka Tilde Hump) was not forgotten. Jim made sure Tilde had a proper head stone on her grave. This gave Tilde back her identity and her dignity and said, “Someone sees you. Someone cares. For no one to see you is an injustice. For no one to care is an injustice. Jim saw the need to fix this because of the demand for social justice that was in his heart for this elderly woman who experienced such human pain and sorrow and lived with such struggle.”

Sparks concluded, “On behalf of the Jackson County Development Association, the Jackson County Veterans, the citizens of Jackson County and the citizens of the United States of America we present this year’s Jack Gabbard Citizenship Award to Jim Bryant. We recognize your participation in our community. We recognize the personal responsibility demonstrated by your heart, your work, and your service. We thank you for the justice and dignity you have brought to so many veterans and those that are deserving in our community. We honor you by placing your name along with the others that have been formally recognized and honored as the best among us and we “Welcome you Home” to the hearts of Jackson Countians forever.

Fight with juvenile leads to arrest

Two jailed after knocking on doors

YOU’RE NOT ON YOUR OWN, WE ARE THERE WITH YOU.

OBI shutters doors due to COVID-19